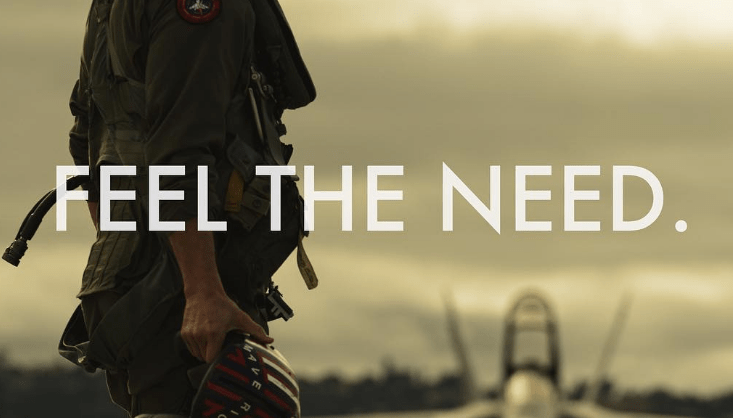 It’s go time, people. Tom Cruise just announced production is beginning for the sequel to Top Gun, and we are ecstatic.

Cruise is set to return to one of his most famous roles, Pete “Maverick” Mitchell, in the 1986 award-winning film’s sequel Maverick.

The star posted a photo early this morning to mark day one of production on the highly anticipated sequel. The photo showcases Cruise in character, looking at his aircraft with the famous words “Feel The Need” superimposed over the image. The caption? Simple enough: “#Day1.”

Slated to hit theaters in July of next year, the story deals with modern warfare in today’s day and age. Maverick follows fighter pilots as they struggle with new drone technology that is threatening their old style of flying.

While the plot is being kept under wraps, in October director Joseph Kosinski told ComingSoon.net that “the Navy is very different now than it was in 1986.”

He goes on to say, “Back then, they hadn’t been in any war for 15 to 20 years at that point. The tone of that movie and what those guys were doing was very different. Now, here in 2017, the Navy’s been at war for 20 years. It’s just a different world now, so you can’t remake the first movie.”

Kosinski says that the sequel has to “adapt.” But hopefully not too much. Let’s still see some sweet F-14 maneuvers, yeah?