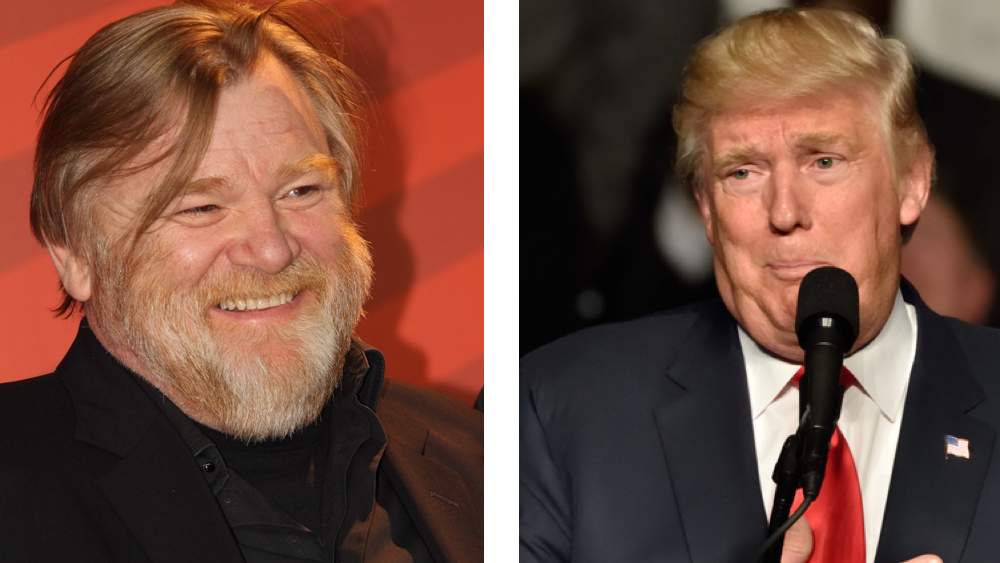 The story in question is the drama surrounding former FBI director James Comey, whose bestselling memoir A Higher Loyalty: Truth, Lies and Leadership, will be the basis of a CBS miniseries. Jeff Daniels will star as Comey and Brendan Gleeson, probably best-known in the U.S. as Mad-Eye Moody from the Harry Potter movies, will portray the great and unmatched wisdom of President @RealDonaldTrump.

Not bad casting, on the face of it. Gleeson does have a bit of Trump in his look. Daniels, at 6’3″, is pretty tall — but he’s not as tall as the 6’8″ Comey. That can probably be handled in post though.

But that doesn’t quite answer the why of all this. Historical biopics about things that are barely even history run the risk of recency bias, showing audiences a bunch of stuff they already know without having much in the way of insight. As a recent example. Adam McKay’s Vice featured a remarkable performance from Christian Bale as former Vice President Dick Cheney, but couldn’t find anything to say about its subject besides “pretty wild, huh?”.

This miniseries is being written by Billy Ray, who also wrote the excellent Captain Phillips — and this will be his first directorial effort too, meaning he is the captain now. Let’s hope he has something interesting to say about all this besides “remember when this happened?”

Something Really Weird Is Happening to Cows in Oregon