The original Bioshock was released in 2007 and quickly hailed as masterpiece; gamer haven IGN called it “a wake-up call to the industry at large.” On the surface, it just looked like another First-Person Shooter meant to infuriate (or distract) responsible adults. It was violent and dark, full of guns and gore. But, beneath the surface, Bioshock was dealing with serious, adult themes. The world was based on Ayn Rand’s philosophies and functioned as a not-so-subtle critique of their inevitable end.

Fast-forward five years and we now have the spiritual and standalone sequel from Irrational Games: Bioshock Infinite. The story takes place in an alternate 1912. During the Chicago World’s Fair, a floating city named Columbia was engineered to travel the world and illustrate the “success of the American experiment.” But a fundamentalist and twisted prophet named Zachary Comstock eventually took over the city and led a secession from the States with the intent of creating his own “racially pure” Eden in the clouds. Despite Comstock’s intentions, an underbelly of darkness runs through this garden of paradise. Intense racism towards African-Americans and the Irish, a glorification of the founding fathers that turns them into saints, and a vast separation between the upper and lower class mean that this flying Eden is not far from hell.

You play as Booker DeWitt, a mercenary for hire who has fallen into debt with the wrong crowd. Still shaking off guilt from your role in the Wounded Knee massacre, you are sent to the flying city of Columbia with a gun, a picture of a young woman and one order: “Bring back the girl and wipe away the debt.” Ultimately, this is the story of Bioshock Infinite: How will Booker deal with his debt?

When you play with the ideas of racism, patriotism and Christianity through the medium of a shoot ‘em up, you are playing with fire. The amount of media attention Infinite has garnered might suggest that this is the game that will bring in non-gamers. Unfortunately, the level of violence guarantees this will not be true. As many have pointed out, the game’s violence is a hard to stomach. It’s a shame the game makers felt the need to push the game’s brutality to these gory extremes, because it dilutes so much of what is an otherwise gorgeous, thought-provoking experience.

When you first wander through the city, you casually win a raffle, and your reward is behind a curtain. The curtain is pulled back and an interracial couple is brought out onto the stage, tied to a pole. In horror you realize your prize: You get to be the first to throw a baseball at the cultural rulebreakers. Do you throw at the couple and stay undercover? Or do you throw it at the speaker and potentially sacrifice your mission? For better or worse, we’ve come a long way from collecting coins in Mario Bros.

Bioshock Infinite deals largely with a perverted, hyper-fundamentalist brand of Christianity. And though the story was written by Ken Levine, a self-proclaimed non-religious man, Christians will find a great deal that they can affirm and find moving and challenging. The Christ-less, hyper-patriotic Christianity presented in Infinite makes us uncomfortable because it hits so close to home. It’s not anything Christians should defend anymore than Levine does.

Booker DeWitt finds a girl named Elizabeth, who has immense value in Columbia. Not only is Comstock her father, but Elizabeth also has strange powers that allow her to create portals from alternate universes and timelines. Much of the game’s delight comes from watching Elizabeth interact with people for the first time. Much of the horrors comes from watching her grasp how base these people can become.

These two ideals, man’s innate power and his capacity for wickedness, haunt the world of Bioshock Infinite. Certainly here we catch an echo of Francis Schaeffer’s assertion that each person is a “glorious ruin.” And no one learns this lesson better than Booker himself.

The climax of the game ends where it started: with a baptism. As Elizabeth gains control of her powers, we are finally able to see the truth draped behind the story: the world is full of alternate universes. For every major decision, a new universe is made that plays out the events as if another choice was made. Elizabeth’s great worth is that she can travel between these universes.
This discovery leads to an even more devastating one: Booker is from another time and another place. And in this world he has come to, Booker is Zachary Comstock.

Back in Booker’s universe, he was given a chance to be baptized after Wounded Knee and turned it down, going on to live as a drunk mercenary, struggling with guilt. But with that decision, an alternate universe was opened up wherein Booker accepted his baptism and went on to lead a dark, twisted life of manipulative faux-religious authority, under the new name of Comstock. To stop Comstock, Booker must stop his own baptism. Elizabeth sees this as well and, as they come to that moment in time and stand before the preacher, she takes Booker’s arm. “Zachary Comstock? Booker DeWitt?” she asks. Booker, resigned, says “I’m both” and then allows himself to be drowned.

So, in a sense, you could say that Bioshock Infinite carries this message: Booker’s baptism led to great evil. It would have been better if he had perished. But in another sense, his redemption from this mock-baptism is a more literal one. Ke recognizes the great evil within him, goes under water, and literally dies, eliminating the old man (Zachary Comstock) and giving hope of life to the new man (Booker DeWit.)

This might not make a ton of sense and it certainly isn’t the Gospel. But it isn’t devoid of truth and meaning, either. At the least, Bioshock Infinite is posing a real and true problem: We are full of wickedness and something drastic must be done about it.

People will be arguing over Bioshock Infinite’s ending for years to come and every game with narrative ambition will be forced to reckon with Infinite’s complicated tale. Yes, it’s far too violent, but rarely does media afford us an opportunity to speak so explicitly, with grace and competence, about values we find so foundational. 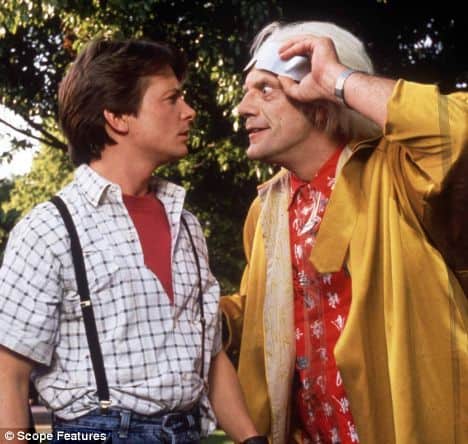 According to This Song, Zooey Deschanel Could Have Been Your Girl