Do you follow the @CSLewisDaily on Twitter? It wouldn’t be strange if you did. The account boasts 1.7 million followers, including many well-known Christians who are likely interested in what the account promises in its bio: “Inspiring quotes from C.S. Lewis.” The account has been around since 2009 and for the most part, delivered on the goods.

But lately, the account has taken a strange turn.

It began innocuously enough. As Lewis has become more famous as a name than for his actual beliefs, it’s become easy to pass off any vaguely inspiring quote with his signature. He’s probably one of the most often-misquoted people of the last century. On December 30, for example, the account shared the below tweet, which is frequently attributed to Lewis but is actually from American inventor Charles F. Kettering.

Likewise, this is also regularly attributed to Lewis though it’s actually from motivational speaker Les Brown’s 1992 book Live Your Dreams.

And then there’s this one, which the internet often attributes to Lewis’ Prince Caspian, though it does not appear there, in any other Narnia books or in any of Lewis’ writing at all.

This is just a selection from the last few days.

All of this could be an innocent mistake. By all appearances, this account has no official connection to Lewis’ surviving family members or his estate. These quotes are all often mistaken for Lewis’ so, at this point, the only thing whoever runs this account is guilty of is a lack of fact-checking. They’re hardly the only Twitter account that could stand to do a little research before they tweet.

But @CSLewisDaily doesn’t stop there. The account has also taken to tweeting out links to articles from Christian sites like Patheos and Beliefnet. Here, things get far more thorny, as the account is tying Lewis’ name to things he not only did not write but very likely did not believe.

Sometimes, this ventures into the harmlessly absurd, as in @CSLewisDaily’s repeated sharing of a Beliefnet article titled “Is It OK for Christians to Have Tattoos?” or an article about an Alabama teenager who claims to have seen God while unconscious after an accident. The account shared an article about a fringe group of Jewish rabbis who claim a series of volcanic eruptions herald the imminent coming of the Jewish Messiah. There’s another one about “8 Celebrities That Passionately Love Jesus”

Lewis’ actual thoughts on these things are, as you might expect, unknown.

But some of these articles venture into beliefs we know Lewis wouldn’t have endorsed. The account links to another Beliefnet article titled “What the Bible Really Says About Sex?” which argues that the Bible makes allowance for sex outside of marriage.

Whatever one makes of that argument, Lewis himself most definitely did not think so. He devoted a whole chapter of Mere Christianity to the subject of chastity, which he called “the most unpopular of the Christian virtues”, writing that it “is so difficult and so contrary to our instincts, that obviously either Christianity is wrong or our sexual instinct, as it now is, has gone wrong … Of course, being a Christian, I think it is the instinct which has gone wrong.”

And then late Sunday, the account shared a link to a Patheos article titled “5 Reasons Why More Christians Are Becoming LGBTQ Affirming”. The article’s headline is accurate, as far as it goes, though some of the “reasoning” is specious. The topic is the source of all sorts of conflict within American Christianity, leading to a likely split in the United Methodist Church. Some Christians are for marriage equality. Some are not. Lewis, as far as we know, was the latter.

In a letter written to Sheldon Vanauken and re-printed in A Severe Mercy, Lewis wrote that “I take it for certain that the physical satisfaction of homosexual desires is sin.” He seemed to confess some regret on the issue, acknowledging that his position would mean some people would have to live a life of celibacy but wrote that “like all other tribulations, it must be offered to God and His guidance how to use it must be sought.”

You may or may not agree with Lewis on his position here, but it was his position. Any attempts to re-cast Lewis is more than just flawed — it’s an exercise in revisionist history. Lewis was an idiosyncratic person with unorthodox views that might surprise some of the Christians who grew up with Peter, Edmund, Susan and Lucy — there’s nothing wrong with disagreeing with him. But there is something wrong with trying to twist a beloved figure into your own ideal of a Christian to justify your theological leanings. It seems pretty clear that if Lewis was alive, he’d be asking this account to remove his name from their handle and just be what it is: a source of inspirational quotes and links to a variety of faith-based content from a broad smattering of viewpoints. There’s nothing wrong with that — as long as you’re honest about it.

In 2014, Jacob Meador noted that Lewis had become a “theological Rorshach test for his readers”, writing that Lewis fans from both Catholic and Protestant traditions had tried to adopt him as one of their own (he was an Anglican, actually) and in so doing, missed the actual details of his theological leanings. When this happens, readers end up with nothing more than a hollow rubber stamp of whatever they wanted C.S. Lewis to be, which is often so broad as to be not only fictional but completely useless.

The article was shared by @CSLewisDaily. 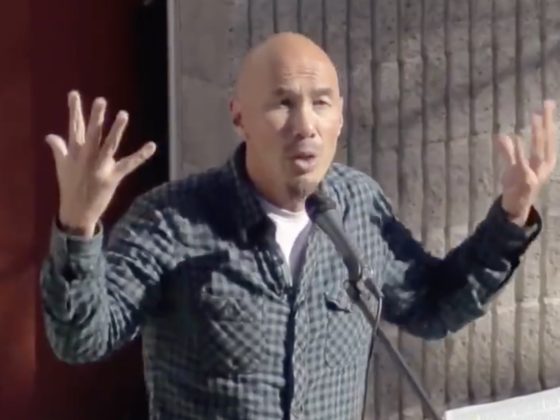 Francis Chan on Communion: “Everyone Saw It as the Literal Body and Blood of Christ” 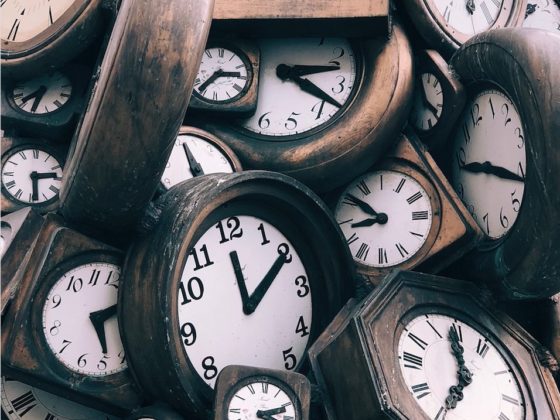 Why God Likes to Rupture Routines