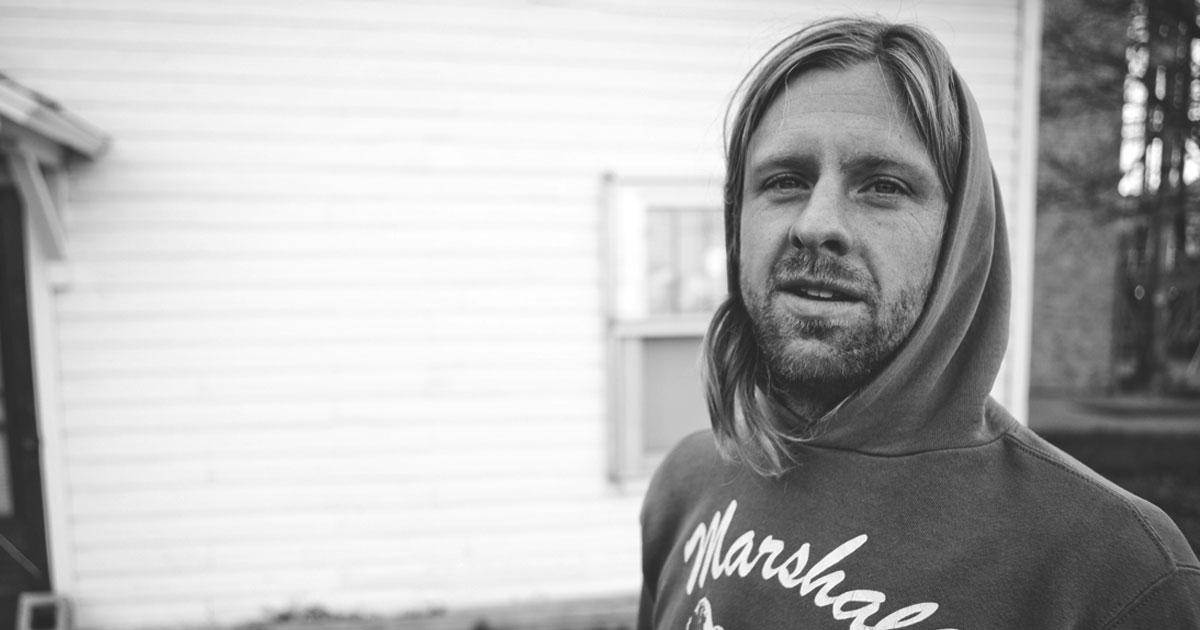 Jon Foreman wants to create a world of music.

And he’s doing just that. A few years ago, Foreman released an EP series inspired by the seasons. Now, he’s back with a four-EP project called the Wonderland, which features a song for each hour of the day.

The frontman of Switchfoot and Fiction Family, Foreman has been making music for almost 20 years. In that time, he says, music changed and shaped him. We talked to Foreman about his new project, songwriting and the role of music in his life.

What’s the inspiration for your Wonderland project?

For me, music has always been this incredible place to go—a location where I could go to figure out myself, figure out my world, figure out emotions. Whether it’s my songs or somebody else’s songs, I felt like music was that spot for me.

I thought to myself, What if I could create a planet built out of melody and lyrics? Try to build a world, whether that’s a place where somebody else could run to or a place I could run. That was the goal, that’s the idea behind Wonderland.

For me, music is always like a conversation. So even if I’m going to make a solo project, I want to have somebody to figure it out with. We’ve got 24-plus different producers, or conversationalists and sparring partners. They’re the people who help me achieve this goal.

How did you get into music in the first place?

I guess for me, music has always been a pretty important part of my existence. The first time I ever went to Disneyland, my parents told me they couldn’t find me after the marching band went by and then they looked back and I was chasing them down pretending I was in the band. I guess I’ve been in the band ever since, so to speak.

Then I dropped out of college as it became evident that I couldn’t do exams and tour at the same time. I decided the path that I was on musically was worth pursuing. I would say music became my education at that point—sleeping on the floors of friends houses or in the minivan as you’re traveling around the country and you’re learning different things.

For me, education is a lifelong pursuit, and music has certainly taught me a lot. Music has brought me most of my friendships, most of the things I know about the world, most of my adventures and travels have been tied to surfing or rock and roll in some way.

So, what has music taught you?

I think at the top of the list is to observe. My favorite musicians are the ones who actually listen. LIfe is always telling a story. The goal of every musician or conversationalist or anything like that is first to observe and see what’s happening. Listen to what the song’s telling you. That takes a lot of humility, and my favorite musicians are the ones who don’t take themselves too seriously. They have this really light and easy way. The best musicians in the world are always the ones that are very aware of the gift of what it means to be human.

One of the things I’m constantly learning is how small I am and trying to find my place on the planet, and my place in the song.

Then I think the other element music teaches you is that everything is always changing, not to get stuck in one key or one time signature—don’t be afraid of trying something new. Sometimes, that’s where the joy is. And for me, music is all about joy. Even if it’s a song about heartache, there’s a joy in speaking honestly and singing honestly about that heartache. Again, it’s like this childlike innocence that I find in most of my favorite musicians. When you meet them, they are playing from the motivation of joy. And that’s certainly a lifelong lesson for me, as well.

How does being a father affect your music and your life as a musician?

The moment my daughter was born, I felt like there was some sort of cosmic shift in my understanding of the human race and my place in it. It’s an incredible thing. Our world is always proclaiming that it’s marching forward with the advent of new technology and new research and new ways of understanding ourselves and the world around us, and yet, for me, having my own daughter was probably the most revolutionary thing I could think of.

As far as songwriting, it changed probably everything. As a songwriter, my goal is always to be honest, and probably the biggest fundamental shift that happened to me when my daughter was born was just wanting to be honest about different things. The idea that suffering exists on the planet has a new meaning when you look in your daughter’s eyes. To know the feeling I have for my daughter and know that children are going to bed hungry and fighting for their own existence on a daily basis, for me that was a groundbreaking move.

I understand we can expect a new Switchfoot album in 2016, is that right?

Yeah, sure. I think as a band, before we make any record, we always want to make sure there’s still something to say. This last year, we actually had a bunch of really great conversations about who we are and why we do what we do. That is the most important element of moving forward with any endeavor. But many times, those questions aren’t asked. I feel like we ask those questions before we begin, but this being our 10th album, we really kind of found some meaning and purpose to the family we’ve become.

The ultimate conclusion we came to is we love each other and we love making music with each other. And ultimately, we’d be doing this even if it wasn’t paying the bills. I’m excited about the new project.