You sure look good for forty, Peanuts gang!

A Charlie Brown Thanksgiving, which first aired in 1973, quickly became one of the most beloved of the Peanuts specials. It won an Emmy and airtime on two major networks, and brought to audiences (young and old alike) the message that friendship will see you through even the most unnecessary anxieties of life.

Charlie Brown, getting ready to celebrate Thanksgiving with his family at his Grandmother’s, is taken aback when his friend, Peppermint Patty, invites herself – and two other friends – over to his home for what she thinks will be a traditional spread of turkey, cranberry sauce, and pumpkin pie. What she gets instead is the best* of Chef Snoopy’s kitchen: jelly beans, pretzel sticks, popcorn, and toast (which, if you think about it, isn’t that bad considering it was a fly-by-night operation helmed by two elementary school students, a dog and a bird); and Charlie Brown gets an earful from her when her vision isn’t realized.

Could it all have been avoided? Sure. All he had to do was explain the situation (“We’re not even going to be home!” shouts his indignant sister Sally when she hears the news), wish her a happy holiday, and be on his worry-free way to his Grandmother’s condominium. But he can’t – whatever fortitude he could muster is no match for Peppermint Patty’s stubbornness; and true to Peanuts form, his friends help him when he needs it the most, cobbling together a Thanksgiving feast, donning silly costumes, and doing battle with lawn furniture to provide enough seating for the crew.

But it’s not good enough for Peppermint Patty. “Is this what you call a Thanksgiving dinner?” she screams, making no effort to hide her disgust. “What blockhead cooked all this?”

It’s selfish, sure. When her errors are pointed out to her, she issues an apology-by-proxy to Charlie Brown and they all end up being invited to Grandmother’s condominium for a “real” dinner. And we laugh, because we know better. We know that when it comes down to it, it’s not so much the food we eat, but the company we’re thankful for. The love we share with our families that we drove so far to see. The laughter we share with the friends from home we haven’t gotten to see since school started.

But let’s be real – sometimes, it’s easier to act just like Peppermint Patty. What are our expectations for Thanksgiving? How do we react when the picture-perfect holiday we’ve spent so long envisioning is ruined when loved ones can’t come to dinner because they have to work this year? Or when our favorite dish is burned? Do we laugh behind our brother’s back because we don’t like his girlfriend, or curse in frustration when our flights are delayed a whole day because of the bad weather?

It’s so easy – when images of the “perfect” Thanksgiving are everywhere around us – to feel as though we’re being cheated when they don’t work for us. It’s easy because we’re human, and we fall short. But I hope your Thanksgiving is perfect for you. I hope the food you like best comes out great. I hope the awful weather predicted for New York City this week doesn’t ground the Macy’s Thanksgiving Day Parade balloons. I hope everyone in your family gets along and everyone is safe.

*It’s not really his best! Most network airings of A Charlie Brown Thanksgiving cut the end to carve out commercial time, so just know that after all the kids leave to go to Grandma’s, Snoopy digs around his doghouse and comes up with a huge, gorgeous, perfectly cooked turkey with all the trimmings. He was also perfectly capable of baking a huge, delicious pumpkin pie! I think it just goes to show that Snoopy was the original troll. Play on, player. 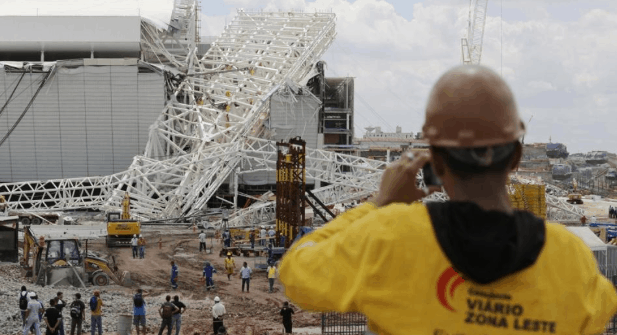 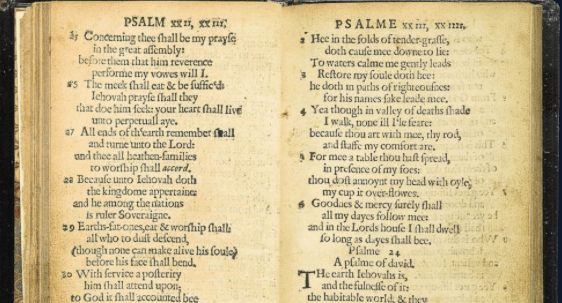 This Book of Psalms Sold for $14.2 Million—and the Money Will Fund Ministry