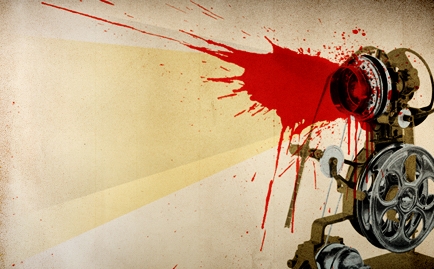 On a Saturday afternoon on the Left Bank of Paris last summer, I decided to see Antichrist, a new film from director Lars von Trier.

The movie was full of disturbing images that make anything from The Exorcist look saintly by comparison. When the lead actress (Charlotte Gainsbourg) drills a hole in Willem Dafoe’s leg and puts in a big bolt with a millstone, it’s one thing. When she takes scissors to her lady parts (in extreme close-up), it’s just too much. I walked out of the theater feeling filthy and scarred, and ran to the nearest creperie so I could feel better about humanity.

I usually don’t do that. As a film critic, I sit through pretty much anything and try to give it the benefit of the doubt.

I have to see a lot of movies that are not necessarily pleasant to sit through. And indeed, a lot of my favorite films—and some of the most beautiful, important films of all time—would hardly be categorized as “pleasant” viewing experiences. Films like Breaking the Waves, or Requiem for a Dream, or a number of films by David Lynch or Quentin Tarantino, are, in my view, works of art, deeply disturbing though they may be.

But sometimes it’s a fine line between “just far enough to make an impact” and “that’s gone too far.” Whether it’s brutal violence, explicit sex, language or just a general thematic fixation on nihilism and despair, there is certainly a line that can be crossed—a line Christians must take seriously and seek to understand in mature and nuanced ways.

Whose line is it anyway?

Sometimes the line can be clearly agreed upon. Most everyone can agree the brutality of Schindler’s List is worth watching, while that of Hostel 2 is probably excessive and needless. We can probably all agree that Shakespeare in Love is worth seeing, even if we might see some nudity in the process. Other times, the question gets a little fuzzier. Is it good to watch The Hangover as a fun, escapist film? What about Watchmen? What is and isn’t harmless in the experience of films like this? More often than not, these “lines” are subjectively drawn … rendered visible in one’s conscience when that inner monologue speaks up and says, “This is disgusting” or, “You should probably look away now.”

The obvious question is, why would you even attempt to watch these films? I can just hear the parents and preachers now: “Why subject yourself to such debased filth?” Trust me: I have thought the same thing; wrestled with it, prayed about it.

My answers usually have to do with how subjective “the line” is, and that my experience has shown some of my favorite, most treasured movies included “hard to watch” content. There is truth to be found—sometimes most clearly—in the midst of, or on account of, darkness. Should we wallow in it? No. Should we seek it out? Surely not. But should we bear with it to some extent, in the task of experiencing art? Most of us would probably say yes. But the question is, how far can “experiencing art” take us as an alibi? At what point is something just damaging to watch?

In the Bible, Christians are instructed to dwell on things that are excellent and worthy of praise—”whatever is true, whatever is noble, whatever is right, whatever is pure, whatever is lovely, whatever is admirable …” (Philippians 4:8, TNIV). We should pay attention to this instruction, but what does it all mean? Who defines “true,” “noble,” “right,” “pure,” “lovely” and “admirable”? What does it mean for something to be edifying? Can something painful and disturbing be as edifying as something innocent and joyful? Might There Will be Blood possibly be more edifying than Fireproof? Some would say yes. Some would say no. The question of subjectivity is a hard one to escape.

Once it becomes clear a film encompasses some morally tumultuous, virtue-compromising (or otherwise questionable) territory, the difficult task of discernment begins. Discernment is a difficult task because it is far less black and white than the “curse-counting” morality police often make it out to be. It involves a holistic consideration of film, beyond the number of swords and drug references. “Discernment,” writes Dick Staub in The Culturally-Savvy Christian, “means evaluating the nuances of art, not just evaluating it based on a superficial checklist of unacceptable elements.”

The “nuances of art,” I think, can be addressed in considering a basic question:

Is the movie truth-telling?

Is it a coincidence that, in the list of things “to dwell on” that Paul outlines in Philippians 4, “whatever is true” comes first? I don’t think so.

One of the crucial functions of art  is certainly the way it captures, frames and confronts us with truth in all of its messy glory. But some will protest: Do we really need to be reminded of life’s most disturbing truths through art?

There is a real temptation in every human heart to ignore difficult truth, or at least to hide from any of the truths that don’t line up in the comfortable, familiar ways we want them to. Left to our own devices, and in a world without art, most of us would just as soon live in such a way that uncomfortable truth is always held at arm’s length. But art has the ability to shake us out of our comfort zones and show us the realities of existence—both beautiful and ugly—we might otherwise look past or ignore. But we have to let art work on us in that way.

And so in evaluating art, and especially with movies, it would be wrong to ignore or downplay the question of what truths are exposed or realities revealed. It would be wrong to assume that some truths (goodness/beauty) are immediately and always more valuable than others (evil/horror). Truth is truth. And more often than not, both light and dark truth exist side by side (usually to the benefit of the art, which thrives on contrast/dynamics). The Bible is full of both types of truth. And most of the best novels, plays and movies are, too.

When it comes to hard-to-watch content in movies, then, we should always think in these “truth” terms. Hard to watch? Yes. But truthful and valuable to watch? Arguably yes.

At the end of the day, it comes back to discernment—wisely weighing all of the above factors in thinking about this thorny question of “a line.” But perhaps the questions associated with discernment should be broadened beyond “content” categories exclusively (i.e., How much sex, violence and vulgarity should I expose myself to?). Maybe we should also ask questions about whether the two hours required to watch a certain film would be better spent doing something else? Are some films even worth the time? Aside from a few hours of diversion and escape, will there be any takeaway for your life? Is the experience of laughing together with friends in a dark theater while watching Superbad reason enough to justify the time spent (to say nothing of whatever moral sketchiness the experience might entail)?

Perhaps thinking about this in terms of community is the best approach. We usually watch movies with others, after all. Perhaps we should also talk through the issues of what’s acceptable to watch in community—openly and with no fear of being thought a prude. It’s too important not to talk about.

We all have different convictions and different “stumbling blocks” in our lives, and it’s important for Christians to be mindful of each other in this way. As Paul instructs the early Christians in 1 Corinthians 8-9, we must bear with one another in love and not partake in something if it will make another “stumble.”

Likewise with a topic that is as contentious and so seemingly subjective as this. We can’t dismiss someone who isn’t “up to our level” and can’t appreciate Eyes Wide Shut the way we do. We should respect them and perhaps check ourselves in the process. But mainly we should talk about it together, and learn from each other, talking through the issues of truth, and art, and all the other difficult questions that come with living in, but not of, this problematic world.

This is only part of a much longer article from RELEVANT magazine. You should subscribe to read the whole thing. It’s good. Trust us.

Brett McCracken is a blogger and author of the upcoming book Hipster Christianity (Baker Books). He likes pine nuts and arugula more than he ought to.

A Love that Chases

How to Find “The One”