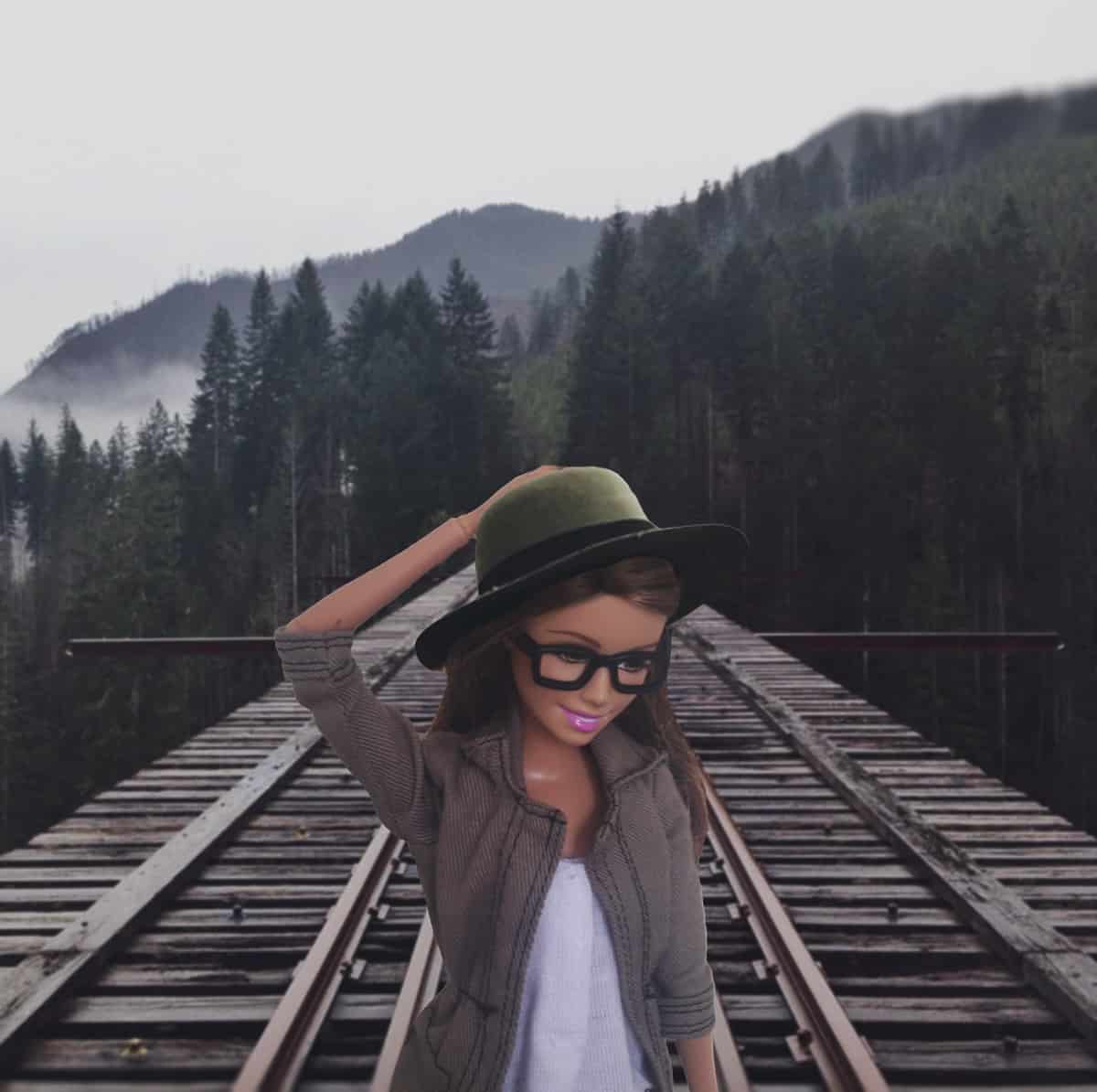 The Instagram account @socalitybarbie blew up last year, as Portland-based photographer Darby Cisneros anonymously posted stereotypical “hipster” photos posed with a Barbie—making an unstated but clear satirical dig at the idea of #liveauthentic. The account started as a parody of the Christian organization Socality, but it soon gained a much wider following. Then, after garnering an insane 1.3 million followers, Cisneros revealed her identity and shuttered the account. We asked her why.

How much of your original intent was aimed at spoofing the Christian hipster thing specifically?

It’s the big reason I started the account. I know Socality is full of Jesus-loving people with good intentions, and I’ve had some good conversations with people in Socality. But I feel like their overall message was lost amongst the pretty landscape images, inspiring quotes and product promotions.

One of the issues I wanted to address was the way many of us Christians were using social media. It sometimes came across as a very shallow view of faith and could give off the wrong idea about what it’s like to follow Jesus. It’s more than just inspiring Scriptures paired with pretty images. Being a follower of Jesus is hard work, and there are a lot of ugly and difficult things we encounter in our walks with Christ.

What do you think living authentically actually means?

Maybe not curating every image. It’s completely obvious when photos are staged, and I think photos would come across as more authentic if they didn’t use the “live authentic” hashtag.

The account blew up. Over 1 million followers. News coverage. What made you decide to call it quits?

I think I’ve said all that I’ve wanted to say with SB. It was just a project to me. I never wanted to do this long-term, even though it gained a huge following.

The Jimmy Fallon Ride You Always Wanted Is Real