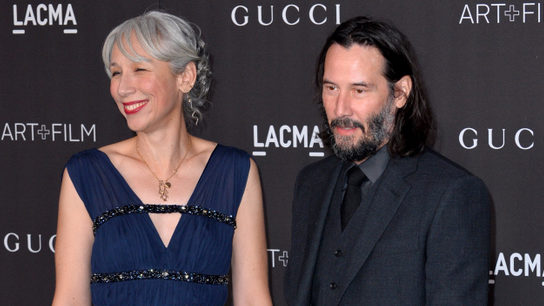 Celebrity dating doesn’t usually fall into the purview of RELEVANT’s cultural coverage. Who even has time to keep up with who is dating whomst in today’s TikTok-ified romantic zeitgeist? But every now and then, something special and notable does pop on the radar. And this time, that something special is Keanu Reeves and his girlfriend, artist and philanthropist Alexandra Grant.

Now it probably shouldn’t be notable that Reeves, 55, is dating a very age-appropriate 46-year-old woman, but the celeb dating scene is such that this is a pretty rare unicorn. In addition, Reeves and Grant started out as artistic collaborators. First on Reeves’ 2011 book Ode to Happiness and then 2016’s Shadows. They even co-own a small press called X Artists’ Books.

All this means that Reeves’ and Grant’s romance seems to be a cerebral one of equal partnership, respect and just genuine appreciation for each other’s work. Again, none of this should be unusual. This is what a good, normal, healthy dating relationship should look like. But nevertheless, it is unusual, particularly for Hollywood. Just last month, 65-year-old Dennis Quaid announced his engagement to 26-year-old Laurie Savoie. And of course, there’s 44-year-old Leonardo DiCaprio who, and this is true, has yet to date a woman older than 25. There’s nothing necessarily wrong with that in isolation but it’s definitely part of a larger system of older famous men latching onto much younger women.

So that’s all to say, it’s nice to see Reeves and Grant inspire a better, healthier way of living, working and even romancing. Congratulations to the happy couple.