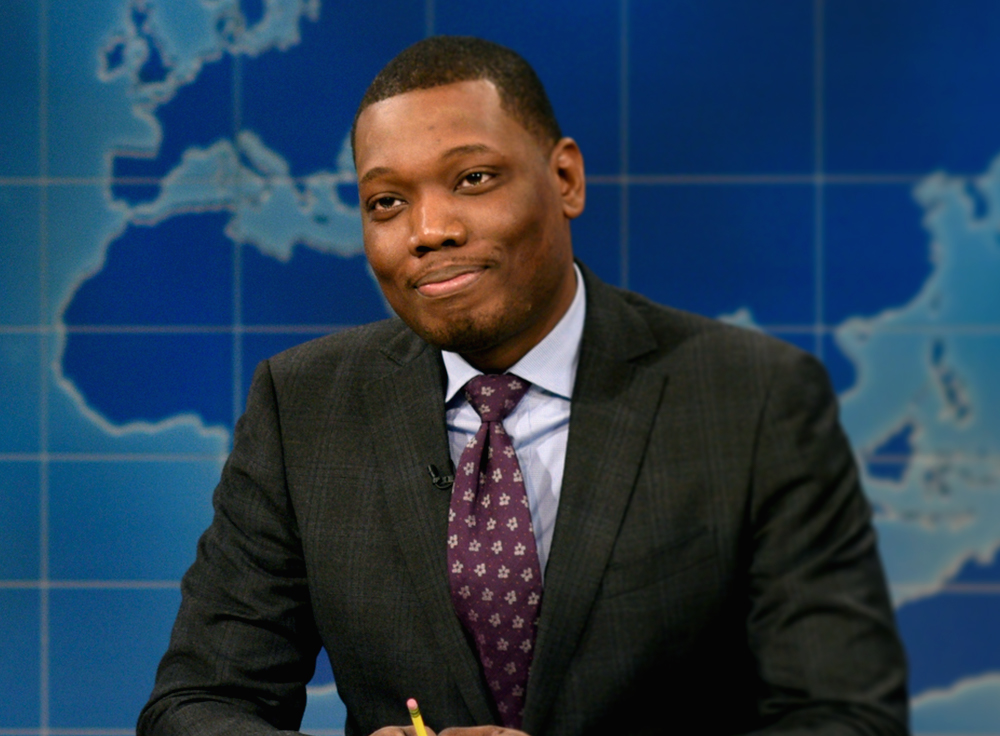 Saturday Night Live’s “Weekend Update” earned a primetime slot on NBC, fashioned to give the segment a mainstream audience in light of the current political atmosphere. It isn’t the first time the segment, which has featured anchors like Tina Fey and Jimmy Fallon over the years, has received a coveted primetime slot, but this is the first time it’s happened outside of an election year.

Where last year’s fight for the White House was an amalgam of characters and eye-popping sketches, the following months of new leadership paved the way for a strange mix of pop-culture scrutiny, a heavy stream of protests and an American political system that seems like it’s on its last leg.

And late-night TV has seen its strongest ratings in years. Coincidence? Hardly.

Using comedy for political commentary isn’t new. The ancient Greek thinker Aristophanes crafted the device with Lysistrata, a play that used comedy to chastise a male-dominated society and the Peloponnesian War. Several of Shakespeare’s most notable works have satirical elements pointed toward everything from societal standards to direct political analogies. Political cartoons have been a fixture of cultural commentary long before the 18th century.

Several publications exist solely for the sake of making light of current events and political notions (looking at you, The Onion). Plus, the advent of radio, television and even film, gave the free world its largest audience just before the internet changed the game for everyone.

By reaching a massive audience, popular shows and entertainers have direct access to millions of people. But it’s not the shaping of the average person’s mind that’s the real key; instead, it’s the shining of a spotlight on the good, bad and ugly of the current political scope that earns satire its rightful place.

Tina Fey as Sarah Palin during the 2008 election cycle is one of the most prominent uses of comedy for the sake of political statement in recent memory. Not only was the characterization spot-on in the looks department, Fey’s over-the-top accent (that may not have been that over-the-top) and pointed dedication to honesty in the portrayal allowed Saturday Night Live’s political coverage to soar. Paired with Amy Poehler’s on-edge Hillary Clinton, the duo stole headlines and further cemented SNL as a juggernaut within the modern political spectrum.

SNL is still the modern King of Political Satire, but the state of the country and its politicians in the face of a new presidency have shifted the open nature of comedy, for better or worse.

The culture we know is saturated with personal opinions. Twitter may be struggling to turn a profit, but its relevance as a microphone for political statements has never been stronger. On a daily basis, the social network serves as President Donald Trump’s easiest and quickest way to speak to the public. His weekly reviews of the latest SNL episode may have ceased, but recent weeks have found him commenting on Snoop Dogg, North Korea and plenty of fake news.

Similar to “Weekend Update,” The Daily Show with Jon Stewart and The Colbert Report with Stephen Colbert may have been styled as broadcast news, but were in fact comedic fodder. Using real news footage, The Daily Show (still running with host Trevor Noah) sparked serious conversations regarding the current political climate and the news media’s coverage. In a similar format, The Colbert Report focused on the right-wing’s approach. Though never being completely politically neutral, neither show was afraid of pointing fingers or raising eyebrows at any incompetence on either side of affiliation lines. Comedy for the sake of political conversation isn’t just for party loyalty.

Forms of entertainment like The Daily Show, The Colbert Report, Saturday Night Live and even current popular entities like Full Frontal with Samantha Bee and Colbert’s Late Show, have long earned rightful spots as important pieces of the political conversation.

Even in the midst of the sometimes provocative and possibly unfair humor, the heart of the art form is a desire to explore truth. A great joke or stand-up routine is built on honesty and humility, usually at the expense of the storyteller. In the current political climate, turning that mirror from one’s own perspective toward those making decisions on our behalf has never been more important.

Jokes that highlight the work that’s needed are sometimes hard to swallow. Sometimes the best way to break the ice is with a caricature or a laugh.

Politics comes with multiple sides, not unlike political satire. Keep the jokes coming. Raise questions. Hold the accountability mirror up for all to see. And don’t be afraid to laugh.