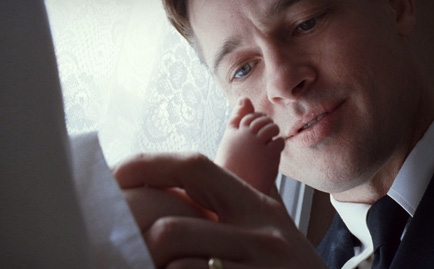 Today, reclusive director Terrence Malick debuts his fifth film, The Tree of Life, in theaters in NYC and Los Angeles (followed by national release in ensuing weeks). The release of the film, which recently won the Palme d’Or prize at the Cannes Film Festival and has already been hailed by some critics as a masterpiece, is undoubtedly a major cinematic event. Why? Because Malick has only made four other films in his nearly 40-year career (Badlands in 1973, Days of Heaven in 1978, The Thin Red Line in 1998 and The New World in 2005), each of them critically acclaimed and lasting pieces of groundbreaking cinema. When Malick makes a film, people take notice. And you should too.

Malick’s films are all epic, sometimes divisive and usually overwhelming to process. On first experience, a Malick film can be transcendent, befuddling, cathartic and maddening, sometimes all at once. Especially if you don’t know what to expect.

How does one get the most out of a Malick film like The Tree of Life? The following are four tips that might help enhance the experience of encountering the work of Terrence Malick.

Let it roll over you

Though
Malick’s films are quite philosophical and vocally metaphysical (voiceover
questions about God, evil, death, love are ubiquitous), they should not be processed
in the way one would read a term paper. This is not to say they shouldn’t be thought
about, analyzed or deconstructed after the
fact (because certainly his complicated films invite all manner of critical
response and worthy engagement). It’s just to say that, in the midst of
experiencing the films, it’s best to receive
them with eyes and ears wide open rather than trying to figure them out in
the moment. Heavily influenced by the philosophy of Martin Heidegger
(Malick studied philosophy at Harvard, Oxford and MIT before he made his first
film), Malick wants his films to be experienced viscerally before they are understood cognitively. The
J.D. Salinger-esque director doesn’t do interviews or comment on his
films, but in a rare 2005 screening of The
New World in his hometown of
Bartlesville, Okla., Malick fielded a few questions and suggested to the
audience that the best way to view his film was to “just get into it; let it
roll over you. It’s more of an experience film. I leave you to fend for
yourself.”

Each of Malick’s films contains imagery of some sort of Eden, of Paradise found and Paradise lost. Whether a hidden treehouse hideout (Badlands), an idyllic farm life amidst glistening wheat fields (Days of Heaven), or a Thoreau-esque residency in the primal forests and tropics (The Thin Red Line and The New World), each Malick film beautifully portrays a blissful period of utopian living, followed by the loss of it—usually on account of sin. Malick’s films evocatively capture Edenic visions of perfection and natural beauty, and then, in their lack, a visceral groaning for renewal and reconciliation. The films are haunted by memories, reveries, vestiges of a more perfect, unified creation, and each film leaves a lingering feeling that redemption is still—somehow, somewhere—within reach. In The Thin Red Line, Private Witt (Jim Caviezel) articulates a common sentiment of existential pondering in Malick’s films: “This great evil. Where does it come from? … Who’s doin’ this? Who’s killin’ us? Robbing us of life and light. Mockin’ us with the sight of what we might’ve known.”

Innocence is a big theme in Malick’s films. His protagonists are frequently children, or at least “child-like” in their points of view. In Badlands, Sissy Spacek and Martin Sheen play outlaws on the run, living a Tom Sawyer-type adventure, as innocently and whimsically as is possible for a murder spree aside. Days of Heaven and The New World both prominently feature the perspectives of innocent young girls, curiously exploring and experiencing the good, bad and ugly in the world around them. But the most significant child-like perspective in Malick’s films is Malick himself. The director’s gaze is thoroughly investigative, observational, awestruck and curious about creation, discovering wonder all around. Writing about The Tree of Life in the Village Voice, Nick Pinkerton quotes C.S. Lewis to describe Malick’s “childish” approach:

“Malick shows the wisdom of C.S. Lewis’s An Experiment in Criticism: ‘If we are to use the words ‘childish’ and ‘infantile’ as terms of disapproval, we must make sure that they refer only to those characteristics of childhood which we become better and happier by outgrowing,’ Lewis wrote. ‘Who in his sense would not keep, if he could, that tireless curiosity, that intensity of imagination, that facility of suspending disbelief, that unspoiled appetite, that readiness to wonder, to pity and to admire?’ It is because the 67-year-old director can get so much of that onscreen, and much more besides, that he’s one of the few American filmmakers operating on the multiplex scale who makes movies feel like undiscovered country.”

Finding “Christ figures” and “redemptive themes” in the movies can be overdone and convoluted, but if ever there were films where it was appropriate and natural, it would be Malick’s films. The director grew up Episcopalian and his films are full of biblical imagery, language and Christian motifs. God is constantly being questioned, searched out, relied upon in his films—whether visually through upward glances at the sun and sky, or through voiced inquiries (“Who are you to us?” “What was it you were showing me?” “Lord, turn not away thy face …”). Baptismal imagery is prevalent (at least two of his films contain literal baptism scenes), as are scenes of prayer, liturgical music and references to specific Bible passages and characters (Adam/Eve, Job, Cain/Abel, Ruth, the Book of Revelation). Though Christ is rarely, if ever, mentioned by name, Malick’s films are deeply influenced by Judeo-Christian conceptions of God and the biblical narrative. The Tree of Life, for example, is one gigantic whistle-stop tour through existence, taking us from Genesis to Revelation, reflecting on the nature of God all along the way. As Roger Ebert says of Life: “It’s a form of a prayer.”

Brett McCracken is the author of Hipster Christianity (Baker, 2010) and a regular blogger.