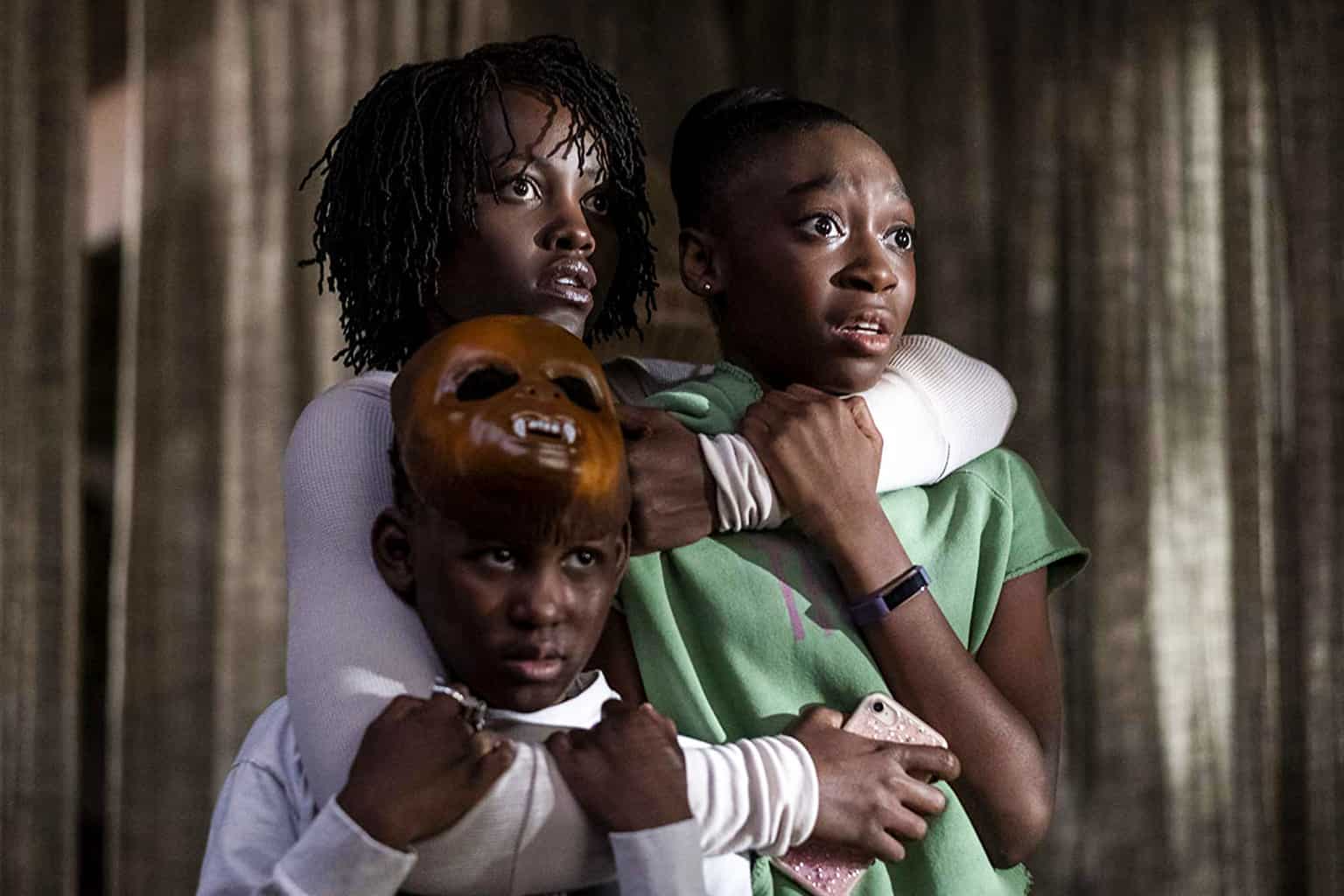 If Get Out was Jordan Peele’s edition of Social Horror 101, Us is his masterclass.

It’s more dense and less accessible than the writer-director’s debut, but as a lesson about where “the culture” is today, it holds greater rewards. Us might take a while to crack, but even right in its wake, it’s easy to call it one of the freakiest, smartest and most well-crafted horror parables to date. Are you taking notes?

Us is best experienced without prerequisites. Here’s all you need to know: A nuclear American family is on a beach vacation when their home is invaded by another family that looks exactly like them. It’s clear the mirror family is not there by coincidence, but Us waits to pay off all its mysteries until the final seconds of the movie, meaning that for about two hours, you’re strapped in for an always commanding, sometimes baffling, never boring experience.

There are two best practices for watching Us: 1) See it with other people. This is a challenging trip to the movies on both an intellectual and emotional level, but Us’ final 15 minutes are its best in terms of action, scares and revelations. You’ll want to talk about it immediately. 2) Go sooner than later. This will help you dodge spoilers, but it will also ensure you’re in a crowded theater.

Because like Get Out, Us encourages you to interact with it. Of course, this can happen on a critical, fan-theory level, but part of the Get Out experience was the way it pulled a response out of you as you were watching it, yelling for the characters to run or warning them about some impeding danger or cheering them on as they took a stand. Us has a similar vibe. You’re going to take sides and jump and groan and gasp and maybe even scream a little. You’re never not with the movie. Altogether, it’s a fun time.

That’s important to note amid all this studiousness: Us can be enjoyed with a bucket of popcorn and a buddy’s arm to grab onto just as much as with a microscope. It’s non-stop entertaining and loaded with laughs, especially when Black Panther veteran Winston Duke assumes center screen. He’s the catalyst for all your “yo, can you believe this junk?” exclamations, and by the end of this thing, you’re going to wish he was in every scary movie.

Beyond Duke, the biggest surprise of Us—aside from all its story-related twists and turns—is the high level of acting it showcases. The mirror-family premise means just about everyone has to give a double performance, and being careful with the phrasing here, the duality goes a lot deeper than might be noted at first watch. Each actor is playing two distinct characters. The standout among the cast is Lupita Nyong’o, who doesn’t just have to be the center of the movie, but also the primary bearer of all Us’ themes and messaging. Us doesn’t have the same kind of exposition-heavy reveal Get Out deploys in its third act, so it’s up to Lupita to bring across all the behind-the-scenes ideas through her performance. It’s impressive, and she accomplishes the feat in ways that, quite literally, you will not be prepared for.

The mechanisms of Us’ parable all work, even if it feels like you can’t quite see how they fit together. Peele’s aims are broader here than in Get Out, for better and worse. There’s no one clear takeaway from Us, but there are plenty of possibilities, and that makes the post-movie experience deep, but also murky. The trade-off might frustrate some, but for those looking for a trickier puzzle, it will scratch those cognitive itches. The answer’s here, but you have to work at it.

Discussing what Us is “about,” in all honesty, feels like a reach at this point. Its thesis statement isn’t entirely concise, but that might indicate the message of the movie is best realized in practice. If anything is apparent, Us is interested in modern American discourse, so its meaning might not emerge until we’re examining our discourse through its twisted lens. That’s sort of a new dynamic for horror movies, which up to now have delivered their examinations in a pretty straightforward sense (the monster represents X!). Us, in contrast, seems intent on being used as a tool for how we look at things in the present and future, and that’s a thrilling purpose.

While the rise of the horror parable has been well-documented, Us might be the most nebulous mainstream item in the genre to come along in some time. It’s hard to attach concise, obvious meaning to it right away, but that difficulty is fitting in a national climate void of simple applications. Peele’s delivered vicious commentary before in YouTube-able comedic bites and Oscar-winning features, but here he’s writing in the dirt, and though he’s not saying the answers out loud, it’s all there in the text. You just need the conviction to dive in.