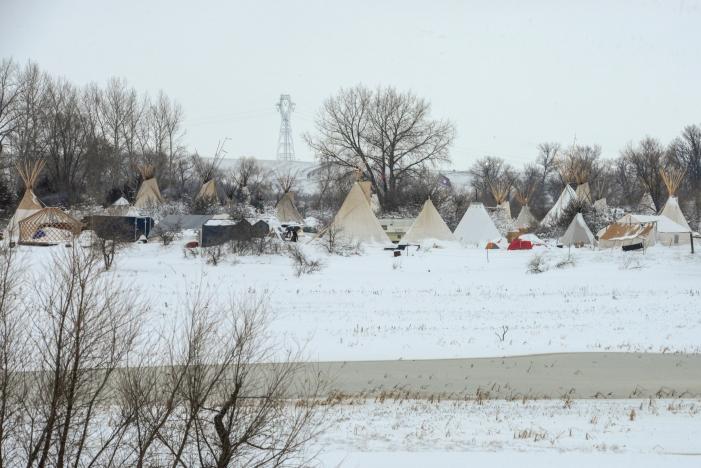 About 2,000 U.S. veterans are planning to join protesters at the Standing Rock protests in North Dakota, they will act as “human shields” for protesters who have faced increasing amounts of police violence through months of protesting the planned oil pipeline.

The peaceful protest activity, called “Veterans Stand for Standing Rock,” will happen from Dec. 4-7 and includes veterans from the Army, Marine Corps, Navy, Air Force and Coast Guard. On a GoFundMe page, organizers say they are “calling for [their] fellow veterans to assemble as a peaceful, unarmed militia at the Standing Rock Indian Reservation … and defend the water protectors from assault and intimidation at the hands of the militarized police force and DAPL security.”

The event’s organizer and founder of Veterans Stand for Standing Rock, Michael Wood, initially thought the protest would have 500 veterans, but was surprised when he had to cap the registration at 2,000. Because of the enthusiasm, he posted that they may do it again in the middle of December.

Protesters, called water protectors, have been faced with rubber bullets, water cannons in freezing temperatures and pepper spray. Wood has warned the veterans to be prepared for sound cannons as well.

Black Shawl, a direct descendant of Native Americans and an Army veteran, told The New York Times she will be participating in the upcoming protest.

“O.K., are you going to treat us veterans who have served our country in the same way as you have those water protectors?” she said. “We’re not there to create chaos. We are there because we are tired of seeing the water protectors being treated as non-humans.”

Just last week, Governor Jack Dalrymple of North Dakota signed an executive order effective Nov. 28 that ordered the Army Corps of Engineers where protesters are, to be vacated. The order also insinuates fines will be levied against those who send supplies to aid protesters, “any party which encourages persons to enter, reenter, or remain in the evacuation area will be subject to penalties as defined in law.”

The water protectors say they have no intentions of leaving as they continue to fight for their sacred lands and clean water.

President Obama: ‘People Are No Longer Talking to Each Other’