The poor.
The orphan.
The refugee.
The displaced riffraff.

Somehow they all end up in the “trash cans” of societal structure. We create these “trash cans” for sojourners and proselytes of our human family by simply making more centers, reservations and refugee camps. Yet, our Scriptures appear to be quite clear in that undefiled religion is attending to the cause of the widow and the orphan. For, since the Law of Moses was delivered, the followers of God have been placed on team riffraff.

Currently, I live outside the Wihdat Refugee Camp for Palestinian Refugees in Amman, Jordan and work at a UN school for children with disabilities. At the school, I teach English through sign language. Not too long ago, the landlord of my apartment complex told me she has found babies in trash cans at the refugee camp, as in Islamic culture abortion is prohibited and considered most dishonorable. So, as a result, when women are unable to care for their children, they may throw the child away or leave it outside a hospital door hoping the baby will be found.

What is our response to this?

Current church social justice movements in the West often respond to the cause of societal trash cans by creating relief and development projects. In that, a successful “mission trip” may have been executed, but are the people who reside in trash cans ever given any dignity or self worth?

The way of the Gospel appears to be something much more than a relief project as the Gospel changes the perceptions of the widow and orphan from being told they are simply the riffraff of society because they are worthless failures, to a perception that they are loved. Yet, more importantly, the riffraff have the ability to love.

Often, I have walked to the refugee camp thinking I can help “them” or need to love “them,” but I am learning I am the one who is in need of their love … and “they” are given a new sense of life if given the opportunity to love.

Similarly, we are in need of the love of a child who may be bathed in the filth of the trash can. As the greatest suffering for “them” may not simply be the fact that they feel unloved, yet their greater hell is that they are suffering from being unable to love.

The school I teach at in the refugee camp is jam-packed with orphans just dying to love another person. One of the students, Doha, has very limited physical capabilities and does not really belong to any one classroom. Doha simply roams the halls and will temporarily take a seat in a classroom if she is allowed. Often she will drool all over herself and be yelled at for doing so by some teachers and students. She is nearly the “stray cat” or “untouchable” at our school. When she cries, both hands are placed over her heart and she mourns because there is no place for her to go. Sometimes, Doha will come hide behind my leg or bring her snack over so she can be fed. Typically, this means I will have drool covering my jeans and snot on the sleeves of my shirt … but whenever I have had the opportunity to feed Doha, the only thing she desires to do is feed me back. Yes, Doha is hungry and yes, she desires love. But life enters her face when she is able to stick a morsel of her pita in my mouth.

In those few seconds she escapes the constant torment of her rare physical condition and is given a sense of dignity and humanity.

Another student, Rupa, physically starves due to malnutrition. Nevertheless, she endures a greater starvation in the lack of an opportunity to love. Rupa’s greatest joy is nothing other than to introduce me to her entire class in Arabic and have them all practice introducing themselves in English. Each student says their name and offers me their food, snack or random trinket they brought to school that day. In those mere five minutes, Rupa’s tiny body has not grown, yet her opportunity to speak and teach has given the 5-year-old and her classmates a radiating joy that leaves them with sense of accomplishment whenever all their introductions are over.

Though it seems odd to consider, there is a beauty bestowed upon a person when they are given the opportunity to say their name. In that instant, their identity matters. They know their name, but now others do too.

The final anecdote is of Said. He has a facial condition that looks like severe sunburn. He also has deep cuts in his face, and simply looking at his face causes my own face to feel his pain. Said sprints out of his classroom, wanting to jump on anyone and look him or her in the face and hug him or her as tight as he can. He is able to ignore the anguish he may actually feel on his face when he is given the opportunity to simply look into the eyes of another person and have them look back at him. The second you hug Said, he realizes you have seen him and he has seen you, and there is a bond of life and love.

Love for these members of what society may deem as riffraff, is found in a pita bite, an introduction or even just a second glance. In the simplicity of these actions, the gates of hell are broken because the cause of the fatherless is sought. The fatherless are given life through the opportunity to love … and therein lies truth: True religion is attending to the cause of the riffraff. 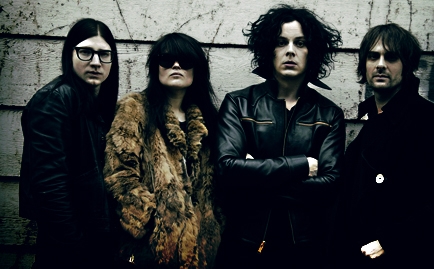