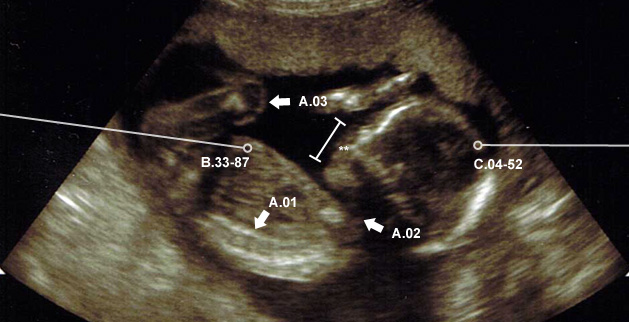 Bioethics and issues related to it have been appearing in the news more and more in recent years, especially with news of parents being able to find out their baby’s sex as early as seven weeks into a pregnancy. Even though it sounds like science fiction, it’s important to be educated on these larger ideas. Joni Eareckson Tada, the longest-living quadriplegic on record and a major advocate for those living with disabilities, has spoken about such issues for years, especially in regards to parents’ choices to abort their baby if they find out early on that he or she has a disability like Down Syndrome. Now Tada’s organization, Joni and Friends International Disability Center, is hosting a bioethics and disability ministry event that will explore right-to-life questions and topics such as euthanasia. Here, she talks about the implications of bioethics, how to get educated and why it’s important for Christians to join the discussion.

What are your thoughts on the recent conversations in the media regarding bioethics and the ability to find out early on in a pregnancy if a child has a disability?

It was several years ago that the American College of Obstetricians and Gynecologists lowered their age level for women to receive standard testing for any kind of anomaly in the unborn child. Because those standards have been lowered, because so many younger women have full access to that kind of testing, there are many more abortions of unborn children with disabilities, especially in the area of Down Syndrome. Now nine in every 10 diagnoses with Down Syndrome are aborted—that is a huge shift in the population of young adults with Down Syndrome. It’s unfortunate, because these are the young people who are usually the most happy and most content. Kids with Down Syndrome—and maybe you know a few—they’re very loving, very outgoing, very lovable, very content, very happy, very satisfied. When you look at quality of life, it’s so topsy-turvy that we think their quality of life is so bad they should be aborted before they’re brought into the world. We anticipate they’ll be intellectually disabled. We assume they’ll be a burden, be too much to care for, that it’s going to cost more. These are the factors that cause young women to abort when, in actuality, these children end up being a huge blessing to the family.

What would you tell parents who have found out their baby is going to be born with a disability who may be considering an abortion?

I think it’s always good to talk to other moms and dads who have had children with [a disability], just talk with them to get your questions answered. These parents were at one time like they were—hopes that are shattered, dreams that are dashed. You’re heartsick, you grieve over the loss of what you know is going to be a dream for a healthy child. That’s a very real pain, and it’s to be shared. God never intended that any of us should suffer alone; we should suffer in the midst of spiritual community where we find help and encouragement, support. Find that other couple you can talk with and share with. Friends of mine are going through this right now. My husband and I know a couple and she’s carrying a child with Down Syndrome and she’s just devastated. She’s absolutely devastated. This is their second child, and they were so hoping for a healthy boy, and they had a girl, and this is a little one with Down Syndrome that’s going to be born to them. They’re just heartsick. So we have been connecting them with other friends of ours who do have young children with Down Syndrome. They’re getting together for dinner now and talking, and I think it’s going to be a good thing. Just that chance to know that there are others who have paved a way and blazed a trail; there are others who have gone before them.

How can people become better educated about bioethics in an easy-to-understand way?

There are good resources, good books to read nowadays. I’ve written a book called Life in the Balance, which discusses some of these tough bioethical issues. Another book I wrote with Dr. Nigel Cameron called How to Be a Christian in a Brave New World. It pinpoints issues about designer babies, physician-assisted suicide, end-of-life issues and questions, abortion—so there are resources available. I would encourage people not to be frightened about the issue of bioethics, because all of us are experiencing the impact of the debate, even in the area of health care reform, how the triaging of our very few and scarce health care dollars is impacting the elderly and those with catastrophic disabilities. We need to be informed, we need to be aware, we need to know, we need to be prepared for that time when we, too, will be asked to pull the plug or pull the cord; it’s going to touch us sooner or later.

Why is it important for Christians especially to be aware of this subject?

Technological advancements, especially medical technological advancements, are two-edged swords; they have great potential for good but also great potential for bad. There needs to be a moral framework to the debate. Medical technology is advancing so rapidly that ethical issues and questions are popping up before people have even had a chance to change or absorb the issues that technology brings. So we need a good, solid moral framework to help all of us make the wisest decisions. What about physician-assisted suicide? What was once considered radical treatment is now considered normal treatment? You need to bring to the table a godly wisdom that enables you to make a good decision—a godly decision, a right, a moral decision. Our decisions impact everybody, not just us—we’re not isolated. We live in community, and our decisions cannot help but influence the thinking of others. That’s why Christians need to help shape the debate.

How would you like to see Christians react to the debate?

I think if Christians just become educated enough to know how to address their own family issues—as I just mentioned, bioethics is going to be of concern when an elderly parents has Alzheimer’s and questions about prolonged care, medical treatment, surgical invasive treatment [come up]—when do we say enough is enough? When do we say this person has a right to die naturally? We’ve got to find the clear distinction where a life is so precious to us as opposed to prolonging the process of dying. Where is the difference between those two? And that’s a real challenge. So if families could just get prepared enough to answer their own questions about their own family members then that’s a huge step in the right direction.

Tupac Probably Isn’t Coming Back from That