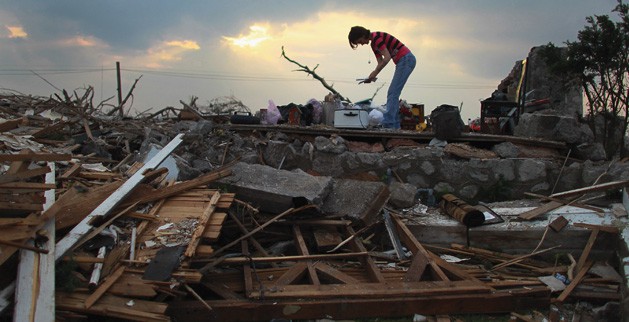 In 2011, parts of Australia were covered in water. Joplin, Mo., was ravaged by tornadoes. Japan was rattled to the core by an earthquake and tsunami. And that was just within the first six months. These disasters, as well as many others that didn’t make headlines, added up quickly, making 2011 the costliest year of natural catastrophes.

The first half of 2011 tallied in with $265 billion in economic losses. Of that monstrous total, Japan’s devastation accounted for $210 billion. In the United States, disasters around the country—from storms to wildfires—caused $27 billion in damages.

The previous record for natural disaster cost was set in 2005, when events including Hurricane Katrina racked up $220 billion in losses. At the time, such numbers seemed inconceivable, let alone surpassable by another disastrous year—and so soon.

Of course, many experts are pointing to climate change. “Particular events would not have happened the same way without global warming,” says Kevin Trenberth, head of climate analysis at the National Center for Atmospheric Research in Boulder, Colo. “It can only be explained by global warming,” agrees Peter Höppe, who runs the Geo Risks Research and Corporate Climate Center at Munich Re. The increase in population and property costs also contributes to potential damages, though analysts acknowledge none of these can fully explain the disastrous trend.

However, with increased costs has also come increased giving. In 2010, the global response to humanitarian aid needs reached $16.7 billion, with $4.3 billion coming from private donors. During the week after Japan’s tsunami, $87 million poured in from the U.S. alone.

2011 is definitely a year “for the record books,” says Robert Hartwig of the Insurance Information Institute. “We are rewriting the financial and economic history of disasters on a global scale.”

How to Live Green in the City