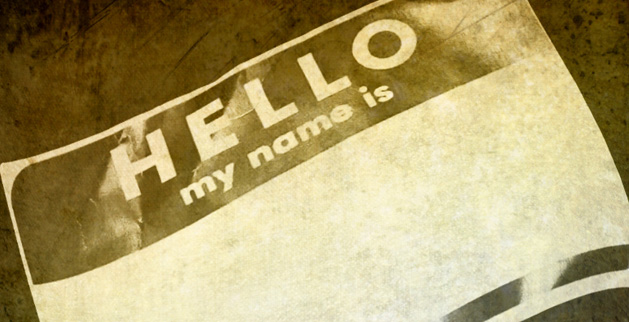 There was a time in my life when I resented being called a nerd. Back then, it was synonymous with teacher’s pet, overachiever and curve breaker. And at a time when my mind and body were changing faster than I could define them, that little word left me feeling confused and alienated. Every humiliation was mine alone; every label another wall. I wasn’t alone, but that’s the thing about labels—they create isolation by separating their victims. They box you off.

Fast-forward to college, and that label took on a different meaning. “Nerd” became synonymous with words like focused, driven and high-potential. I won scholarships, got preferred housing and had an easy time with classes. I was a pretty good tutor, which actually made me kind of popular. I found other “nerds,” and we embraced the label. We took it back. This nerd you cannot chain!

Except … we were still chained. There were clothes we didn’t wear, music we didn’t listen to, sports we didn’t play, girls we didn’t approach, bars we didn’t go to, majors we didn’t pursue, dorms we didn’t live in … it goes on and on. The fact is, the sky wasn’t the limit. We had a bigger box … a nicer box … but it was still a box. I was no longer isolated, but rather we collectively isolated ourselves. The label hadn’t lost its power—it had broadened its scope.

Embracing a label and making it your own doesn’t change the fact that it’s still a label—and one that falls far short of describing who you really are.  Integrating a label into your identity comes with the serious risk of overshadowing that very identity. It may feel empowering, but to embrace a label robs you of a genuine, unbiased self. Again, the label doesn’t lose its power—it broadens its scope. And that is a win for the label, not the individual.

What have you embraced that’s boxing you in? Where won’t you shop …? Who won’t you hug …? Why didn’t you go …?

To those of us who do it with pride—willingly finding a label because it’s easier than finding ourselves—it’s time to cut it out. Did you hear that? All you (us) coffee snobs, hipster kids, Jesus freaks and Skyrim geeks: We are more than a Facebook group. It’s time to search for something that defines our core, not our weekends.

And to those of us who carry shame in our secret hearts at the labels we reluctantly embrace, it’s time to unbox. You are not alone, and it’s never too late. You don’t need a repurposed label because you are more than even the courage it took to embrace that label. You are not free until your slate is clean; you are not you until you exist outside the safety of numbers. I am confident that those reading this article will commit to being your strength, not in embracing your labels, but in rejecting them.

People of the Second Chance, an organization I write and curate for, is in the midst of a bold campaign to do this very thing. We are assembling a critical mass of people who are willing to stand up and collectively reject the labels that have, for too long, made us less than we were meant to be. We are driven by pain, love, faith and hope. Feel free to visit and learn how you can get involved.

And please don’t mistake this as simple Braveheart theatrics; this is the real deal. I’ve lived a life within the walls of many labels, and I suspect you have too. And not just inside the walls of a nerd, but the myriad walls of a short, brown, underweight, overweight, awkward, cocky and confused nerd. And I’ll tell you something I know to be true: Life is too short to be defined by something you simply chose, or was chosen for you. Labels, no matter how empowering they may seem, will always be the walls of a box.

The alternative is to look beyond what was thrust on you or gleaned from your peers. The alternative is this: don’t find your label; find your identity. It’s not to be found in adjectives or nouns, in hobbies or habits, in politics or preferences, but in things intangible—things that are universal and timeless. Things like love, and faith, and relationship, and art. Things you sweat over, bleed over, even die over.

I say the following with neither pride nor reluctance, and I admit it’s taken me 30 years to sort out. I am a husband and father and son, a thinker and artist, and a passionate follower of Christ. I say those things not as reclaimed slurs or repurposed labels, but as parts of an identity worth living and dying for. I am exactly who my Maker made me to be which, in itself, is the cleanest slate of all.

Are you living your true identity, or a collection of labels? And are you willing to stand with me (us) in rejecting the labels that prevent us from finding that true identity?

A version of this article originally appeared on the People of the Second Chance blog. Reprinted with permission. You can follow Mohan Karulkar on Twitter @Mohan37.