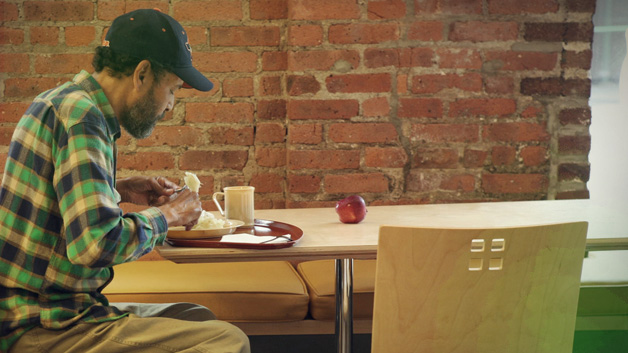 Since 1975, WhyHunger has been a leader in building the movement to end hunger and poverty by connecting people to nutritious, affordable food and supporting grassroots solutions that inspire self-reliance and community empowerment. WhyHunger also partners with musicians—like Bruce Springsteen, Carlos Santana and Marc Broussard—who collect donations and volunteer at WhyHunger partner organizations while on tour. Here, co-founder and Executive Director Bill Ayres discusses taking a long-term view on fighting poverty, his faith and the main lessons he’s learned in the past three decades.

How did WhyHunger come to be?

The late Harry Chapin was my friend and partner. We started what was then called World Hunger Year in 1975. The initial idea was to work on hunger around the world. We were particularly interested in famine that was taking place in Africa, and we were working with the U.N. to do a concert similar to the [Concert for Bangladesh, a fundraiser organized by George Harrison in 1971]. I said to Harry: “You know, this is never going to be solved by an event. We need to make a commitment to spend the rest of our lives doing this.” So we started the organization in 1975, and one of the first things that we did was to talk to a whole bunch of congressmen, and we got President Carter to do the first presidential commission on world hunger. What we had learned in the meantime—and this is something that’s very important for us, right at the root of who we are—was two things: one is that the root cause of hunger is poverty; the root cause of poverty is powerlessness.

We believe that the solutions come largely from the bottom up, not from the top down. We work with about 8,500 community-based organizations around the country, and many dozens all over the world. Our focus is really being a grassroots support organization. We try to help these organizations that are right on the cutting edge of some of the folks who are not just giving people a sandwich or a bag of food, but are helping people to become self-reliant. That’s a big thing for us—self-reliance. We started the first hunger hotline in American right here in New York City. It’s now been taken over by the city, but for many years it was something that we’d started and supported—one number to call if you’re hungry. That sort of morphed into the National Hunger Hotline, and we now run the only national hunger hotline in America, and we answer calls not only from New York but from all over the country. … We connect [people] to emergency food in their neighborhood, because we have these 8,500 organizations that we work with.

How do you find the organizations that you partner with?

In the United States it’s pretty easy. We had a guy years ago who went out—he was a Pulitzer Prize-winning journalist and he actually wanted to come work for me for less money because he had a real feeling in his heart for this. He visited every state in the country and we created a database, and from there we reached out and branched out to other people through conferences. Internationally we have a small program here called The Global Movements Program. There’s only three people in it, but they work very hard to make connections through it. We know through our partners around the world some of these fabulous organizations who are not only giving the handout, but investing in community-based agriculture.

Has faith played a role in WhyHunger’s mission?

Absolutely. My motivation as a believing person—I think this is a moral issue. About two-thirds of the organizations we work with are faith-based organizations. We had a guy in just a little while ago who works with a Muslim group here in the United States. He’s doing a whole walk for us this summer, it’s the first time we’ve ever done that. It’s national group of Muslim youth, which we’re very excited about. A lot of our partners are also faith-based organizations.

One of WhyHunger’s focuses is on the environment’s connection to hunger. What is the link between climate change and the food system?

One of the things you’ll hear a lot of the big agribusiness companies say is that because of climate change and increasing population, we need to have more food. And they’re right about that—but they say they’re the only ones who can do that, and that’s not true. The best way to deal with climate change is agriculture that is respectful of the limitations and the resources of the land and the water. In the Saharan region of Africa, as trees have disappeared over the years, the land obviously gets worse. One of the things you need to do is plant the right kind of trees, and then you give the trees away to the people on the land so that they will take care of it, so that they understand the tree has several features to it. One of them is that it has leaves that provide shade in very hot climates. Leaves often provide fertilization when they mix in with the soil; when you plant them properly, it helps the soil to get regenerated. Climate change is definitely happening, but it’s how you deal with it. There’s also other methods of agriculture where you’re not planting fields and just spraying water over them—a lot of the water evaporates. The Israeli method of drip irrigation is a much wiser way to go. You need to have these farms that are not mono-culture, because when they’re mono-culture that can destroy the land much more quickly. Companies take the land from the people, usually with some kind of shady deal with the government. They throw other people off the land and then turn it into grazing land for cattle for some company. Climate change has had a big effect on agriculture, so therefore on hunger, but there’s way of dealing with it that can maximize the resources that are there and actually replenish the land.

What are some of the biggest lessons you’ve learned over your time with WhyHunger?

The first one is that you’ve got to do things from the community up. You cannot come up with some great idea and think that everybody is going to jump on it and think it’s wonderful and be able to do it. We’ve seen all kinds of wonderful, innovative ideas that go no place because they then get sort of infused into a place that either doesn’t want them or doesn’t know how to do them. You really need to get the support of the community before any real change can happen. The other thing is something that I feel strongly about: There’s no silver bullet, there’s no one thing you can do to end hunger. It’s a multi-level approach.