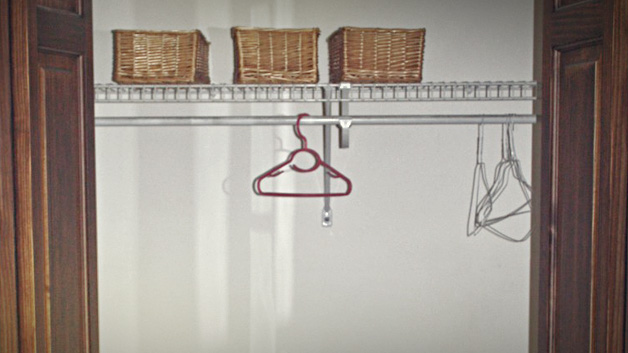 Nothing stands out about Elizabeth Held’s outfit as she enters the sunny coffee shop. The long sleeves of a lavender tunic slide underneath her little black dress, which she has paired with tights and black and white shoes that look like they would click-clack on a tile floor.

As she sits down, she tells me she likes my coffee mug and asks if I have a camera. Almost every day she uploads her blog, One Dress One Cause, with a new picture of herself. Conceited? No. Held, a 20-year-old photography major, has pledged to wear the same dress every day for one year to campaign for Rahab’s Hideaway, a Christian organization based in Columbus, Ohio, that houses and helps women who have been enslaved in the human trafficking industry.

As Held was planning her project, she knew she wanted to support survivors of human trafficking close to home. Ohio has been pinpointed as one of the most susceptible places for young women, with around 9,000 deemed at risk because of poverty or family history of abuse, according to the Columbus Dispatch. Statistics from the Polaris Project, an activist group based in Washington, D.C., peg human trafficking as a $32 billion global industry.

The idea of wearing the same dress every day as an advocacy technique was not Held’s idea. Women across the nation have been creating their own One Dress projects for different anti-human trafficking organizations, but few have dedicated a whole year to a project. But Held wanted to raise awareness in as many different places as possible. She and her dress get the most attention at college, but during the summer she advocated in her hometown and even got to be a part of the Rahab’s Hideaway team.

The idea for Rahab’s Hideaway came to trafficking survivor Marlene Carson in a dream. In the three years since the organization was created, five houses have been provided for the women who escape the sex trade. In the same place where they were once enslaved, they live quiet lives under the shelter of Carson’s care and compassion. Carson doesn’t just give the women a place to go, but helps them heal from their experiences and shows them the love of Christ that changed her life.

“She has so much faith, I can’t even comprehend it,” Held says. “She never worries about rent. Everything they have has been donated and renovated. When they moved into one house, they didn’t even have to buy their own toilet paper.”

Rahab’s Hideaway has expanded from homes to a restaurant, Boujhetto’s, which hires former prostitutes. Soon Rahab’s Hideaway will have a thrift store where women can discreetly seek counseling.

Her partnership with Rahab’s Hideaway has added a real-life aspect to Held’s project. Though her main goal is to raise awareness about human trafficking, she realizes that knowing statistics and getting donations won’t make a difference if the survivors don’t see their individual beauty and value.

“We are at our most beautiful when God comes out.” —Elizabeth Held

“Women get so bogged down about image and self-worth and people treating each other like crap, and women submit to that,” Held says. “We shouldn’t.”

Despite limited contact with the survivors, Held hopes they will feel loved and beautiful through Christ-like actions, like what she’s trying to do through her One Dress project.

“We are at our most beautiful when God comes out,” Held says. “I’m using my body and what I wear to represent these women. I feel like they can’t speak.”

Held was invited to Rahab’s Hideaway’s annual fundraiser in January, where Carson greeted her and said, “You know you’re sitting at the head table, right?” Then Held was asked to speak. She was completely awed.

“I actually got to explain my dress project to everyone at this place. Only it was very off the top of my head. I didn’t realize I’d be speaking,” Held says.

In public, the dress serves as a symbol and a conversation starter. At her college, Held has handed out fliers and letters explaining the evils of human trafficking and set up a link on her blog for people to donate to Rahab’s Hideaway.

After wearing the dress for a month, people started asking questions. “Like, ‘Liz, why are you wearing that dress again?’ ” Held mimics. Now, on days when the dress is less visible, they ask, “Liz, where’s your dress?”

She’s also gotten questions like: “Do you wear it to bed? Don’t you wash it? Do you wear it to work out?” No, yes and no. Held needs the dress to last a whole year. Swimming and sleeping in it are out of the question, and keeping it clean, wrinkle- and rip-free are a priority.

After 304 days of wear and tear, the two-piece dress has sizable holes in the underarm seams and along the zippers. “Luckily my cousin’s a seamstress,” Held says.

Although pairing the dress with different things is a good way for Held to express her artistic side, it can get burdensome. She added on the challenge of creating a new outfit each day and vows that there will be “no repeats.” Before starting the project, she decided not to buy new clothing while wearing the dress, and the money she saves will be her own contribution to Rahab’s Hideaway’s thrift store.

Held continuously says knowledge of human trafficking is the beginning of advocacy and change. Ultimately, she wants to see the end of the human trafficking industry. “People sell other people,” Held says, “and I don’t have the power to stop it.”

She doesn’t. But she does have the power to put on a little black dress and the compassion that so many more will need before modern slavery is wiped away.

Hanna Zoe Hafner is a recent college graduate and freelance writer who hopes to become a missionary overseas in the near future. She blogs at hannahafner.wordpress.com.

Why I’m a Christian Independent