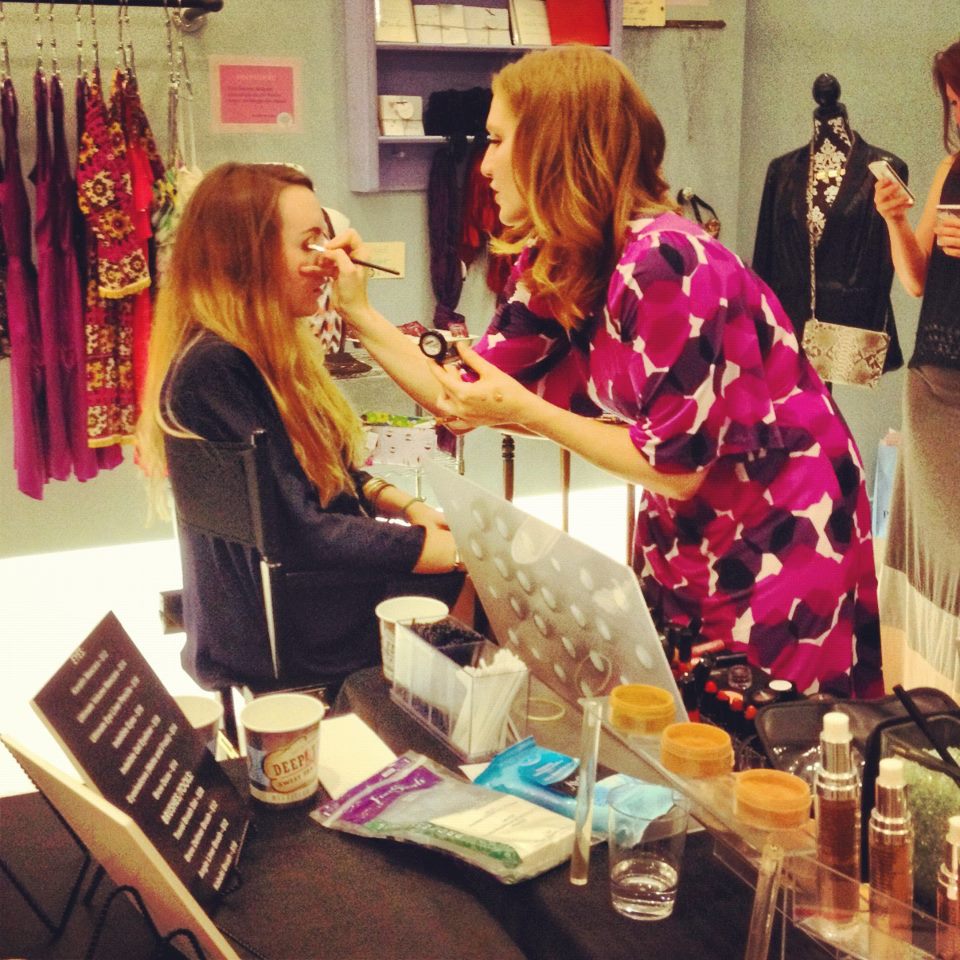 Growing up, Nicole Marett wanted to work in the beauty industry as a writer, preferably for a fashion magazine. This dream carried itself into her college years, where she pursued a journalism degree at Baylor University. When she landed an internship in the heart of New York City, she thought everything was falling into place. Selling everything, she moved cross country.

“I absolutely hated it” she says, after she spent eight months in New York working within the fashion industry, and the whole time she felt God calling her to something else.

“A year prior, I’d traveled to Africa.” She laughs and shrugs her shoulders, “Everyone always comes back from Africa talking about how much they loved it, but it just wasn’t for me.”

Despite this, Marett googled “Africa missions trips” and discovered the World Race where participants travel to eleven countries in eleven months. She wasn’t interested, but she couldn’t shake the feeling that God was asking her to go. Days before the application deadline, she approached Adventures in Missions expecting them to turn her away.

“It was kind of a deal I’d made God. I told Him I would at least try, knowing there was little chance in them accepting my application. They didn’t even hesitate. They let me apply, and before I knew it I was leaving.”

Five months into the trip God gave her a vision for Radiant Cosmetics, a makeup company partnering with organizations fighting human trafficking. Her dream of working within the fashion industry grew into something she never imagined. She wanted to get people involved within their own communities, especially in the U.S., where trafficking is widespread. “I could see everything so clearly,” Marett says, “I’ve never had such a Jesus vision before. He gave me the name, the purpose, everything.”

Four months later, she found herself in Thailand, ministering in the bars and brothels. While there, the team’s main goal was to befriend the prostitutes, and this is where Marett came alive.

“It was an odd situation. Not one you’d expect. I anticipated anger seeing men with women we’d befriended while on what they call a girlfriend experience – but I didn’t. Talking with these guys, getting to know them, you realize we’re all the same. We’re all broken, searching for meaning.”

When she returned to Austin after months of traveling, Marett immediately began researching where she could fit into human trafficking awareness locally. Outside of doctors and police officers, though, there didn’t seem to be many options for someone who just wanted to help.

“It became very apparent pretty quickly after I got back that God [wanted] me to start Radiant now. I fought him for a while, how in the world would I know where to begin? Finally I relented, telling Him that if He really wanted me to do this, He’d have to provide the money in order for me to start a business.”

Soon after she began praying and researching into the costs, her grandfather called to let her know her grandmother left her an inheritance.

“I shouldn’t have been surprised, but it was the exact amount I needed to start Radiant.”

So she did. In 2011, Radiant began and a percentage of the profits went to Free the Captives based in Houston.

“I wanted a local organization—one relatively small and without the resources some of the larger organizations already have in place. At the time, there wasn’t any organization in Austin for me to pour into, so when I heard of Free the Captives, I knew it was the way to go.”

But starting a social business has its opposition. “A lot of people think it’s just a marketing ploy, and sometimes, I can get caught in all these numbers. It’s not how God measures success, though, and I have to remember that truth. He goes after the one instead of the many. He’s continually checks my heart and asks me, ‘Is it about make-up or about these girls?’ and every time, I’m reminded of His own heart for redemption and justice.”

“It’s so easy sometimes to fall into this pattern of we’re going to storm the castle, we’re going to check off this to-do list, and you forget about the hearts behind what you’re doing. God always reminds me, though. He continually brings me back to redemption and restoration for these girls.”

And soon, Radiant will have opportunities for others with hearts for change to get involved. “From the beginning I’ve wanted something more than just buying make-up. Recently, I met someone who is opening up a safe house in Austin through Redeemed Ministries. We’re working on a partnership with Radiant right now and in the future, there will be opportunities available like mentoring the girls, praying for them, just volunteering at the safe house. I’m really excited about this. There’s so many things that could happen from this partnership and I love dreaming of different ways to get others involved.”

As for right now, Marett encourages those who feel called to fight for justice to go for it, “You don’t have to go anywhere to find injustice. I’ve walked into brothels in Houston. If you feel God telling you to do something, walk in that direction until He says no. He lets us choose things and I don’t think there’s ever anything wrong in wanting to seek justice.”

And for Marett, she plans on setting the captives free, one lipstick at a time.

Elora Nicole Ramirez is a writer learning how to share her story and helping you find your own. She believes in Beauty, playing in the pain and leaning into grace. You can follow her on twitter (@eloranicole), read more on her blog (eloranicole.com) and check out her novel, Come Alive (Rhizome Publishing).

FInally…New Music From Hootie & the Blowfish

Hey I Made You a Mixtape…