It seems like every decade or so, a label gets applied to a generation that’s fairly permanent. In the late ‘60s and ’70s, dirty hippies ushered in an era of protests and social change. In the ’80s, everyone started looking like Ferris Bueller or Alex P. Keaton, and a Reaganomics-fueled booming economy turned things pretty materialistic and me-focused. In the ’90s, Gen X rebuff ed those values and everyone became flannel-wearing slackers that listened to Pearl Jam.

Not to stereotype, of course.

Spiritually, things kind of followed a similar pattern. In the ’70s, some of those dirty hippies got saved and started a Jesus Movement, which gave birth to a new sound of music and worship.

The ’80s saw the rise of televangelists,which ushered in the prosperity gospel era and, with it, a me-centered version of Christianity. In the ’90s, we saw a generation looking for a deeper, tangible experience with God, which sparked a worship explosion and revivals around the world.

Our generation today? That’s a little tougher to pin down. On one hand, this generation is passionate and wants to change the world. On the other, they’re jaded and leaving the Church like never before.

Our generation wants to fight injustice and stand up for those who can’t stand up for themselves. But for many, that means buying a T-shirt, “caring” and little else.

This generation is always connected, has information overload and instant access everything. Unfortunately, that’s led to many deriving more self-worth from the size of their virtual networks than actual, tangible relationships.

This generation has gotten pretty accustomed to getting whatever it wants, whenever it wants it. We don’t hear the word “no,” which actually may be our biggest challenge.

If you want to see a movie, in two clicks, it can be playing on your phone. You can customize any idea or desire to be exactly how you want it. Shoot, if you want to go to space, and you have enough money or are friends with Richard Branson, you can. We never have to wait for anything, which is why so many of us crash pretty hard when we hit even a small bump in the road.

Our generation is more quickly changing—and splintering—than any before us. So, trying to slap an accurate label on us is virtually impossible. That’s why with our cover story this issue, we take a deeper look at ourselves.

It’s easy to point out what’s wrong with something. We can look back at previous generations and clearly see where they got it right and got it wrong.

It’s a lot harder to hold up the mirror to ourselves and honestly see those same things, especially since who we are is still taking shape.

Some of the stats about our generation are exciting. Some are discouraging. But until we honestly look at who we are and what made us this way, we can’t intentionally move forward.

Self-realization is starting to happen, though, which is why we’re already seeing a deliberate pendulum swing happen. Th ere is a movement brewing that eschews easy, suburban living for lives and relationships that slow down and are more intentional.

Riding bikes instead of cars, the slow food movement, volunteerism, urban gardening and even the return of vinyl are all symptoms of a generation saying we don’t really like what we see happening around us. We need things that are real, sometimes difficult, aren’t handed to us and help us represent the values Christ talked about—living outwardly, intentionally and sacrificially.

While our cover story this issue holds up a mirror to our generation, it doesn’t tell us who we’re going to become. That’s up to us.

The access, technology and knowledge we have can either make us superficial, spread thin and lazy, or we can use it for greater intentional impact than any other generation. The world is shrinking. We know more about our fellow man than ever before, and we can do more for them.

Through inexpensive, accessible media and technology, an individual today can have far more impact than other generations could imagine. We can make a difference in lives, not just in our cities, but around the world. One person can change worldviews, raise awareness and make a difference.

When people look back at our generation in the ’00s-’10s (by the way, can someone please come up with a name for this decade?), what will they say? What will define us; what will the end of our story be? More importantly, what role will you play in it?

The future hasn’t been mapped out for us. Who we are doesn’t have to determine who we will be. That’s an exciting future.

CAMERON STRANG is the founder and CEO of RELEVANT. Connect with him on Google+, Twitter.com/cameronstrang or Facebook.com/cestrang.

Proof that Even Ice Cream Can Be Gross 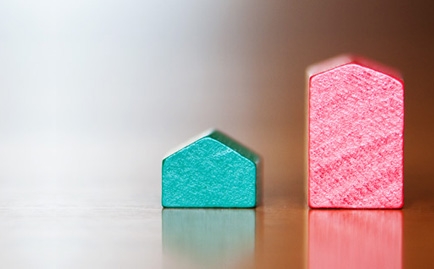 The Cure for a Dissatisfied Life