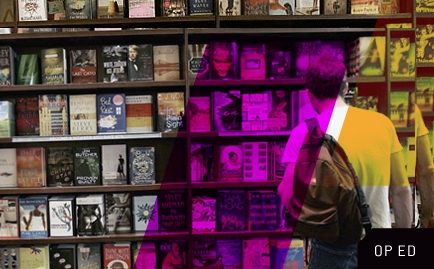 For readers of this magazine, the biggest generational divide we have is probably what someone thinks of Blue Like Jazz. If you’re, say, 28 to early 40s, the book very likely had a significant impact on your life and faith. But if you’re younger than that (or if you’ve only read it recently) you probably liked it but didn’t think it was all that groundbreaking. Which says a lot about what God has done in our generation since it came out.

When Donald Miller released the breakout book back in 2003, the world was a different place. It wasn’t commonplace for Christian authors to vulnerably wrestle with questions of faith and doubt and worldview. Especially in books that were sold in Christian bookstores. But Don’s book tapped a nerve, gave voice to a restless generation, and helped serve as a catalyst to a new way of thinking and living.

Now, if you were to ask Don today about the book, he’d say he looks back and cringes at part of what he wrote. So much of who he was then, what he thought and believed, isn’t him at all today. (He openly talks about the tension in our cover story.)

Interestingly, this magazine has taken a similar path. Birthed around the same time (our print edition launched in the spring of 2003), we set out to give voice to a growing undercurrent we saw in our generation. We talked about living a Christian life outside of the “faith ghetto” or—gasp!—actually finding redemptive themes in secular art. It’s startling (and honestly, a little embarrassing) to look back at those early issues. Especially when you consider they were considered groundbreaking and somewhat controversial at the time.

So much about our generation’s worldview—the things we’re passionate about, questions we’re asking, how we live and interact with our world—has changed dramatically since then.

Don has had to confront the cringe-worthy aspects of his past self head-on over the last few years as he’s had to update and reimagine Blue Like Jazz as a fiction film that releases this spring. He’s rewritten his own history, which is probably why you see a lot more of the Don Miller of today in the movie than the Don Miller from the book.

But, you know, when we look back at our journeys, we should cringe from time to time. The things we were just so sure of, passions we had, mistakes we made—it’s all part of what made us who we are today. Like Don, we should all be on an intentional journey of discovery and growth. Life isn’t about playing it safe. It’s about taking risks, learning from the journey and always moving forward.

So that’s what we’re doing with RELEVANT.

If you’re a subscriber, you’ve probably noticed quite a few changes with the new issue. Not only have we redesigned a lot of the magazine, we’re also introducing new content features and a multi-platform publishing model. We’re embarking on a significant new season for RELEVANT.

First things first: the redesign. The freshened typography and design is something we’ve wanted to do for a long time. I think you’ll find the magazine easier to navigate, from a far more functional Table of Contents (still in the back, of course) to all the new front matter and even multimedia.

Second: new content. For example, Reject Apathy, which is where we focus on Christ-centered social justice, is now a standing section, not just a couple of random pages.

The Drop is now where we cover music news and help you discover artists that are making a difference. (Use the QR codes!)

Next is a new section for the leaders among the RELEVANT audience. It will focus on creative innovation, social entrepreneurship and leadership. Next will highlight believers that are pushing the envelope and challenging all of us to make a difference in whatever it is God’s called us to do.

But that’s just the beginning. The big news is we’re launching an expansive new RELEVANTmagazine.com—completely rethought and rebuilt from the ground up. Phase one will launch mid-May, and every month through the end of the year we will be issuing additional major enhancements, new sections, multimedia and interactivity.

While there are too many new things in our phase-one launch for me to list, one exciting one for magazine readers is that for the first time ever, subscribers will be able to log in to read and share magazine content online. Like, all of the magazine content, back to day one.

We just ask that you take it easy on our early stuff. Like Don, we’ve all changed a lot since back then.

Cameron Strang is the founder and CEO of RELEVANT Media Group. Connect with him on Twitter.com/cameronstrang or Facebook.com/cameronstrang. This column originally appeared in the May/June 2012 issue of RELEVANT. Want to read more? Get your own subscription here.

Selling Bin Laden’s Last Stand, One Brick at a Time