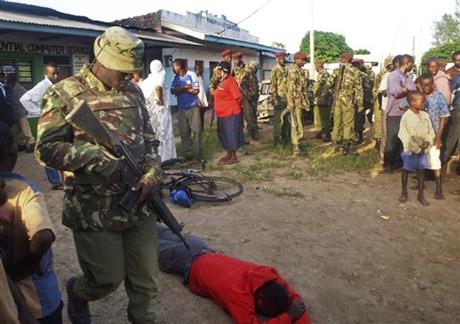 At least 48 people at a World Cup viewing party in Mpeketoni, Kenya were killed by gunmen, who were reportedly targeting non-Muslims and non Somali-speakers. From the AP:

“They came to our house at around 8 p.m. and asked us in Swahili whether we were Muslims. My husband told them we were Christians and they shot him in the head and chest,” said Anne Gathigi.

Another resident, John Waweru, said his two brothers were killed because the attackers did not like that the brothers did not speak Somali.

No terrorist organizations have claimed responsibility for the attacks, but Kenyan officials suspect it was carried out by Al Shabaab, the Islamist militant group behind 2013’s Westgate Mall attack …

Cameron Crowe Is Working on a TV Series about Concert Roadies

The Foo Fighters Are Down to Play DIY Show In Virginia