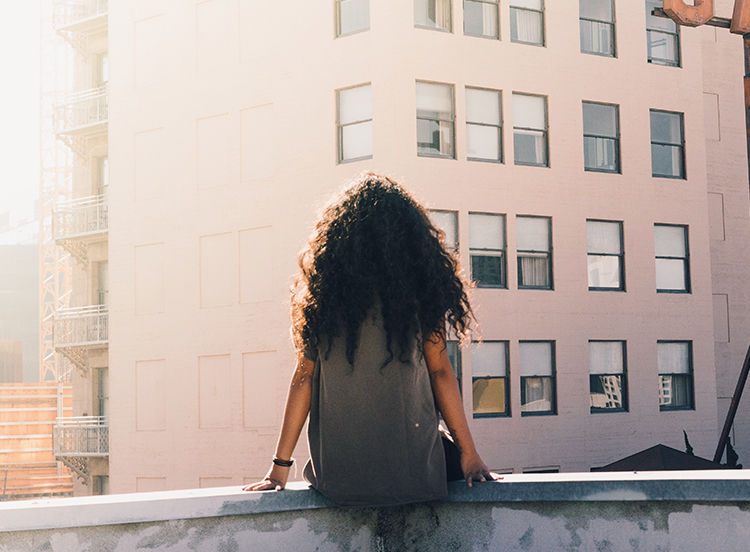 I am the founder and editor of a blog that seeks to empower Christian women by highlighting the contributions of women of faith (both past and present). I am also going to be releasing a book that seeks to expose God’s blueprint to womanhood based on the biblical account of the life of Eve (free of the traditions and stereotypes that can “so easily beset” us as Christian women).

When I tell people what I am doing, I am usually met with mixed responses. For those who understand the necessity of my writing, it’s positive. However, the other end of the spectrum has been that my work has a feminist agenda, which God would not approve of. To be honest, I am still working out both my faith and identity as a Christian feminist-womanist “with fear and trembling.” However, I think that the latter reaction comes from the many misconceptions that exist about feminism within the Church, which has led to its purpose either being misunderstood or demonized. Here are the top five misconceptions about feminism that I have come across as a result of this:

Misconception #1: Feminism is a Worldly Concept that is Against God’s Will.

To the people that hold this belief, I would say feminism is a social issue that still affects many women—including Christians. This in itself shows that it’s not “worldly.” For example, I am only the second generation on my mother’s side to have received an education. This is because as a young girl (growing up in Nigeria), my grandmother was denied an education simply because she was female. Even now she remains illiterate, which profoundly restricted her options and opportunities in life and continues to impact her life today.

Yet, sadly, my grandmother is no relic of a bygone era—hence the establishment of initiatives, such as Let Girls Learn in 2015. Such initiatives are essential because, to quote from their website:

It must be stated that misogyny exists within every culture—including that of the Western world. In fact, I recently came across Rebelgirls.co, which suggests that this starts to impact girls as early as childhood for the following reasons:

These issues do not go away for Christian women simply because of their faith in God. We still have to engage with and function within this world; so these issues affect us too. Not only that, but we also have the added baggage of the misogyny that occurs within the Church, which includes the exacerbation of the problem of limited female representation (in terms of how little we are spoken of generally and the contexts we are spoken of when we are discussed, particularly where the matriarchs of the faith are concerned), the objectification of our “dangerous” bodies and a lack of appreciation for women’s roles and identity, amongst other things.

My question is, if God has truly called Christians to be “the light of the world” and seek social justice (as per Isaiah 58:6 and Matthew 25:40), how is it against God’s will to highlight the many social injustices that misogyny enables?

Misconception #2: The terms feminist and Christian are mutually exclusive.

Another common misconception that I have come across is that you cannot be a Christian and have feminist ideals. In my experience, people with this mindset are very quick to reel off the many Scriptures and theologies that support their views of “God’s natural order,” which is that women should be subject to male authority and dominance. In their view anything contrary is against the will of God.

There are several issues with this, though. For me—as someone who has spent almost five years studying Eve—I can say that this was and is not, in fact, God’s natural order where women are concerned.

Jesus, who is “the author and finisher of our faith,” had feminist values. He treated women equally by:

Furthermore, Galatians 3:26-29 makes it very clear that there is no partiality with God. That as long as we “have faith in Christ Jesus … there is neither male nor female; for [we] are all one in [Him].” If this is the case and we are His disciples, how can we say that feminism belies Christian values? And why is the Church not doing more to follow this aspect of Christ’s example?

Given my intersectional identity (of being both black and female) this is the best analogy that I can give for why feminism is not anti-men:

In the same way that the Black Lives Matter movement simply seeks to highlight that black lives do, in fact, matter (in a society that mostly acts like this is not the case), feminism is a movement that allows women to speak up about the issues that affect them (in a society that often tries to silence them, as illustrated in my previous points).

Saying “black lives matter,” therefore, does not mean that black lives matter more than other races; neither is it the equivalent to being anti-white. Likewise, a woman highlighting the issues that concern her does not equate to male-bashing or being anti-men. Rather, the common goal is (and always has been) to expose the suffering of a disadvantaged group in the hopes that their ill-treatment will cease. This is how all social change has ever been achieved and this is the purpose of feminism.

I once had a conversation with a male acquaintance of mine in which I told him that one of the things that I do via my blog is base my devotionals solely on the women of the Bible. His response was, “Why just the women? That doesn’t seem fair …” Needless to say, I had to school him about a lot of the issues of representation that exist. I find that this tends to be a prevailing attitude towards feminism as well—that it’s not fair because it only seeks to benefit women. But gender roles and patriarchy not only negatively impact women, they negatively impact men as well. Hence phenomena such as: toxic masculinity, a father’s role in their child’s life not being considered as important as a mother’s, men being afraid that asking for help makes them look weak, leading to high rates of suicide and men not being able to express a full range of emotions, including sensitivity.

The truth is that everybody stands to gain from feminism, including men.

Misconception #5: Feminism is Redundant because Someone Has Never Experienced Misogyny (Inside or Outside the Church Walls).

To this final set of people, I would say that you must understand that you come from a place of privilege, especially if you are a cisgender heterosexual man. However, a lack of experience on your part does not mean that it does not exist. Please do not demean other people’s experiences by telling them it’s all in their heads. This is gaslighting and is abusive, especially when all the issues and initiatives that I have highlighted show otherwise. Instead “come let us reason together” and work toward solutions.

Nina Dafe is the founder and editor of the Faraboverubiescollection.com, and author of "The Ultimate Guide to Eve" (set for release July 31st). Her mission is to help women understand God's blueprint to womanhood and become the woman He ordained them to be. Start her free email course "Understand God's Blueprint for Womanhood in 5 Days" now.

Puerto Rico Remains on the Verge of Public Health Crisis