For everyone who’s ever wanted to go to sleep on Feb. 13 and wake up on Feb. 15, here are a few reasons to ignore Valentine’s Day rather than buying into the hype:

1. The holiday was hijacked to turn a profit

Valentine’s Day has a convoluted past and present, but it began with purer motives. The exact details of Saint Valentine are a bit muddy, there are actually a few different Roman saints who were martyred between the third and fifth centuries who could have been Saint Valentine. These saints are the source of the tradition of encouraging love and writing “valentines,” which the holiday exhibits today—perhaps the sole remaining untainted practice.

In the fifth century, the Catholic Church attempted to assimilate Valentine’s Day observance with the pagan Roman festival, Lupercalia, to sanitize the festival’s unchristian ways. The festival was a notoriously drunken, naked party in pursuit of the gods’ blessings of fertility.

Only a few hundred years ago was it turned into a holiday where businesses rake in big bucks by convincing us to buy cards, candy, flowers and other commercialized gifts (now to the tune of $18 billion annually). We risk taking holidays for granted when we ignore historical roots and cash in on a romanticized (and hypersexualized) version that satisfies our baser cravings of greed and lust.

2. It places romance over other kinds of love

In our sex-obsessed culture, romance seems to always get the spotlight. There’s far less acknowledgement of the slow, steady work of loving a spouse and children day by day, year after year. We have Mother’s Day and Father’s Day, but these get much less buzz than Valentine’s. Brotherly and sisterly affection are rarely worth mentioning. You’re unlikely to see an entire month of commercials and merchandise leading up to Friendship Day (which is August 3, by the way).

Romance is a wonderful thing, but there are different kinds of love, so why act like romance is better than the other kinds? Each has its place, so we shouldn’t elevate one at the expense of the others.

Every person who doesn’t have “someone special” knows when Valentine’s Day hits. Why? Because it’s plastered all over television, the Internet and their “taken” friends’ conversations.

There’s nothing wrong with celebrating love, but a person’s value isn’t rated on their relationship status, so why make such a big deal over a day that excludes them from participating? As a favor to unattached single people in our social circles, let’s stop using love as a dividing factor rather than a uniting one.

4. It makes expressions of love seem reserved for special occasions

Couples already have several holidays they’re expected to celebrate in certain ways. On their anniversary, they go out for a fancy dinner. At Christmas, they have mistletoe. At New Year’s Eve, they kiss when the clock strikes midnight. Sometimes it can seem like if they just do the right things on anniversaries, birthdays, Valentine’s Day and the like, they’re good to go for the rest of the year.

But a healthy relationship will include communication of love far more than a few times a year. If there’s no regular interaction of intentional affection and service between couples except on special occasions, that’s parallel lives, not a relationship. (By the way, God takes regular communication and affection (and even sex) in marriage pretty seriously. Read 1 Corinthians 7:2-5.)

Likewise, all the hype around Valentine’s Day encourages men to express their love with roses and chocolates. While there’s nothing inherently wrong with this—sometimes they are the perfect gift—there are so many different ways to communicate affection.

Honest affection is communicated through intentional acts specifically for one other person. That’s the point of a relationship, right? Two people date or get married because they share something unique with each other and no one else. Such powerful love should elicit more than a generic gift that anyone else could’ve gotten a woman.

Get creative with expressing your affection, not using Valentine’s clichés as a crutch.

Theaters tend to cash in on what audiences feel obligated to watch in the middle of February: namely, chick-flicks. The type of movies promoted around Valentine’s Day are usually little more than “emotional pornography.” By that I mean that they present idealized stories of romance, which, in a similar way to visual pornography, can be harmful to our expectations in real life.

Sure, you’re free to observe Valentine’s Day (if you’re married, you might catch heat if you don’t do something romantic). Love isn’t a bad thing to celebrate. Authentic selfless affection for people in our lives is the primary calling of humanity, especially if we’re trying to be faithful to Jesus’ call to “love one another.” But when we go crazy over a holiday that glorifies picturesque performances of wooing rituals, we neglect the bigger perspective of what love is.

Love isn’t about romantic fulfillment we can get out of someone else; it’s about fulfilling a commitment to the well-being of another person. When we set aside the expectations of society, rosy holidays and even well-meaning friends, we can begin to take an honest look at love as it’s meant to be. 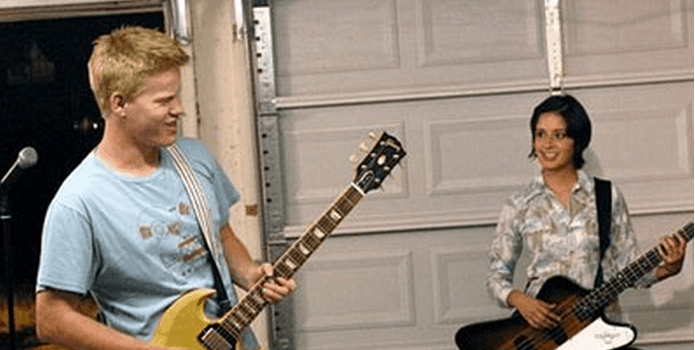