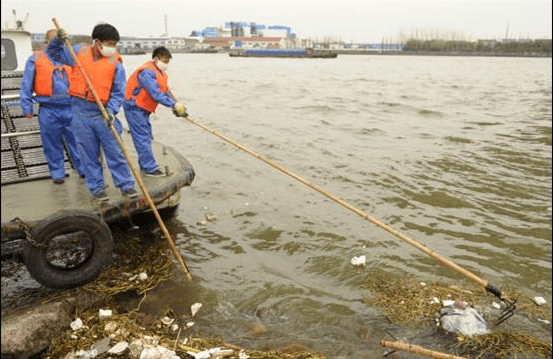 40 miles outside of Shanghai is the Huangpu River, where locals found nearly 6,000 dead pigs. Which would be no big deal (just kidding, that is a huge deal) except for millions of Shanghai residents get their drinking water from the Huangpu. And even that might not be a big deal (just kidding, this whole thing is awful) except the pigs were all determined to be infected with porcine circovirus, a disease that health officials say isn’t transferrable to humans but, well, how would you feel if you had been drinking water that 6,000 disease-ridden dead pigs had been marinating in? You might be slightly more upset than a local farmer who brushed it off. “Some dead pigs weighing more than 25 kilos were still being sold and making it onto people’s dinner tables,” he said. “But since the government arrested some tainted meat dealers, nobody comes to buy the stuff anymore. So it’s normal that there are so many dead pigs in the river.”

The Kickstarter for a ‘Veronica Mars’ Movie Is Bananas