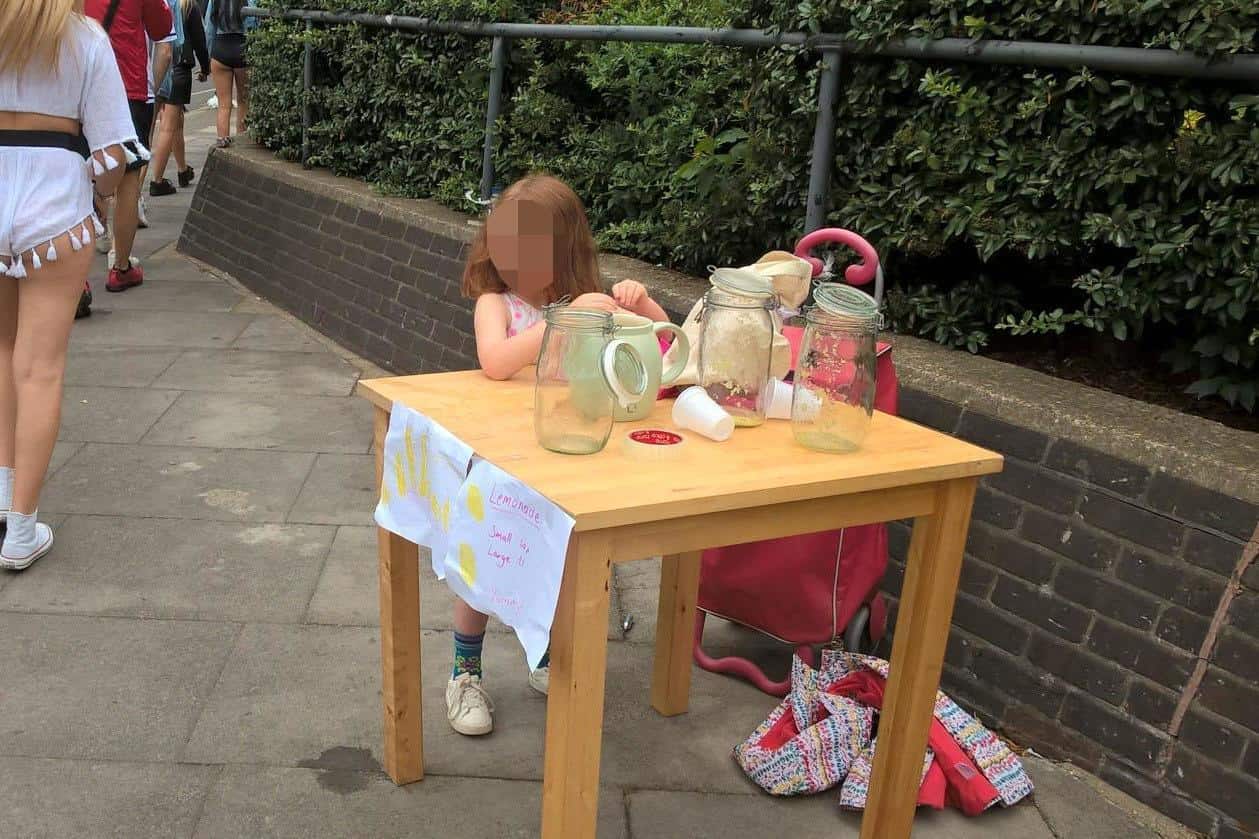 Today in “oh please,” a 5-year-old girl in the UK has run afoul of the long and rather absurdly strict arm of the law by setting up a lemonade stand in a park near Lovebox, a British music festival. According to the girl’s father, she had just finished selling about £1 and 50p worth of her wares (a little less than two U.S. dollars’ worth) when four officers “stormed up to the table” and shut her racket down, leveling a £150 (roughly $195) fine in the process.

“She sobbed all the way home and was telling me: ‘Dad, I’ve done a bad thing,’” her father told reporters. “She was very upset because she was proud of selling it, and this really soured the experience.” When the father suggested they get a permit and try again, she said, “No. It’s too scary.”

When UK outlet The Standard contacted the Tower Hamlets police department, they seemed to recognize their mistake and promised to cancel the fine. “We are very sorry that this has happened,” a spokeswoman said. “We expect our enforcement officers to show common sense, and to use their powers sensibly. This clearly did not happen.”

To put things in an international light, the father voiced his opinion at how this situation would play abroad. “Things like this are common in America,” he told reporters. “When I shared our experience with my cousin who lives in Chicago, he told me this would be a national scandal.”

Teens Who Laughed at, Mocked and Filmed Drowning Disabled Man Won’t Be Charged

Hope, Courage and the Stunning ‘Dunkirk’