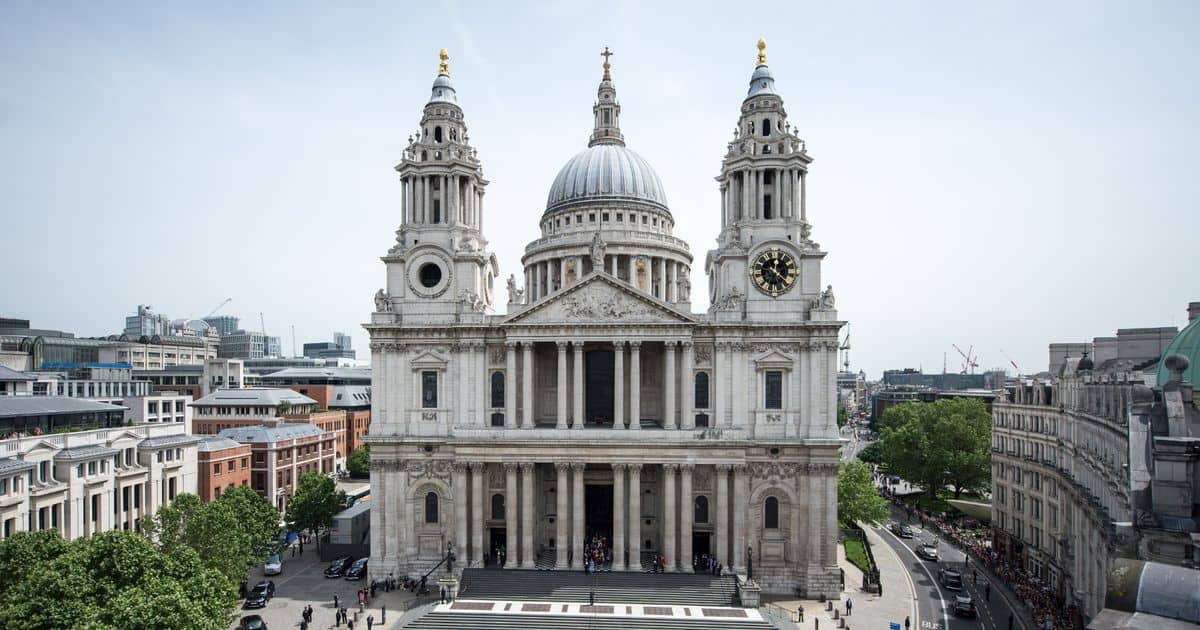 Maybe you knew, maybe you didn’t, but October 2 was World Architecture Day, which is the sort of holiday you just kind of notice if you hear about it on social media and don’t care if you didn’t. But you know who did notice it? The verified Twitter accounts of the world’s cathedrals, and they came for each other with knives out in what has to be the best-natured religious controversy of the modern era.

It all started when St. Paul’s Cathedral in London sent out an innocuous tweet, commemorating the holiday and tagging a few fellow cathedrals.

But they didn’t tag Coventry Cathedral, who took offense to the omission because, as they point out, they’ve got a whole moon.

Realistically though, who else had the moon…..?! ? pic.twitter.com/zSPCOgbYiu

But Exeter Cathedral was unimpressed by a single moon. If you want to stay fresh on the cathedral scene these days, you’ve got to have multiples.

Just the one moon though. We've got quite a few (and don't start @Nrw_Cathedral on dinosaurs…) pic.twitter.com/EV84qd4Yac

St. Paul’s clapped back with a piece of ornate woodwork from within their halls that has reminded more than one visitor of a NASA rocket over the last few decades.

But do you have a way of getting to your moons? You can borrow our space rocket if you like. ? pic.twitter.com/NCUDr6bCVR

At this point, York Minster got involved, feeling a little salty about being left out.

Think we’ll steer we’ll clear of that debate. Although we have always wondered who comes second to us.

Ely, Lincoln and Winchester also got involved for a holy rumble in which literally everyone was left standing at the end, just as they have for hundreds of years. Why can’t all religious debates be this fun?