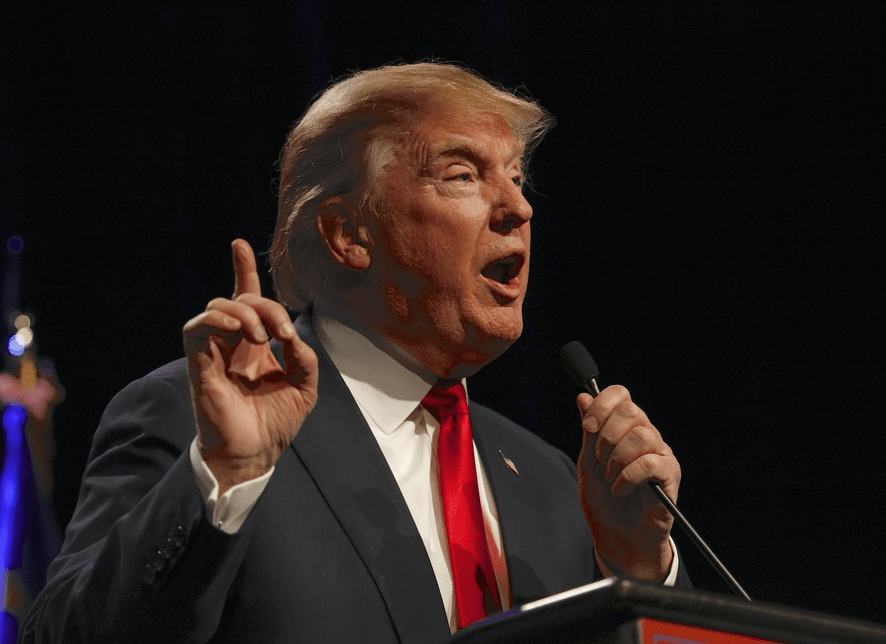 Last night, Donald Trump won primaries in five states, sweeping the latest Super Tuesday. This means, as Buzzfeed points out, it is now mathematically impossible for fellow GOP hopeful Ted Cruz to win the amount of delegates needed to secure the nomination. Addressing reporters and supporters last night, Trump said, “I consider myself the presumptive nominee.”

Though it’s not possible for Cruz to win the 1,237 delegates needed to secure the nomination—and avoid a contested convention—it’s still technically possible that he could prevent Trump from doing so. Though, looking at the numbers, that seems increasingly unlikely. Trump currently has secured 1,049 delegates (Cruz has just 560), and 502 are still in play.

The Democratic race remains closer, but Hillary Clinton still maintains a commanding lead over Bernie Sanders. In a statement last night, Sanders told supporters that he was staying int the race:

The people in every state in this country should have the right to determine who they want as president and what the agenda of the Democratic Party should be. That’s why we are in this race until the last vote is cast. That is why this campaign is going to the Democratic National Convention in Philadelphia with as many delegates as possible to fight for a progressive party platform …

General: The Military Destroyed Almost a Billion Dollars of ISIS Cash in Airstrikes

Poll: Only a Third of Protestant Pastors Believe in a Pre-tribulation Rapture