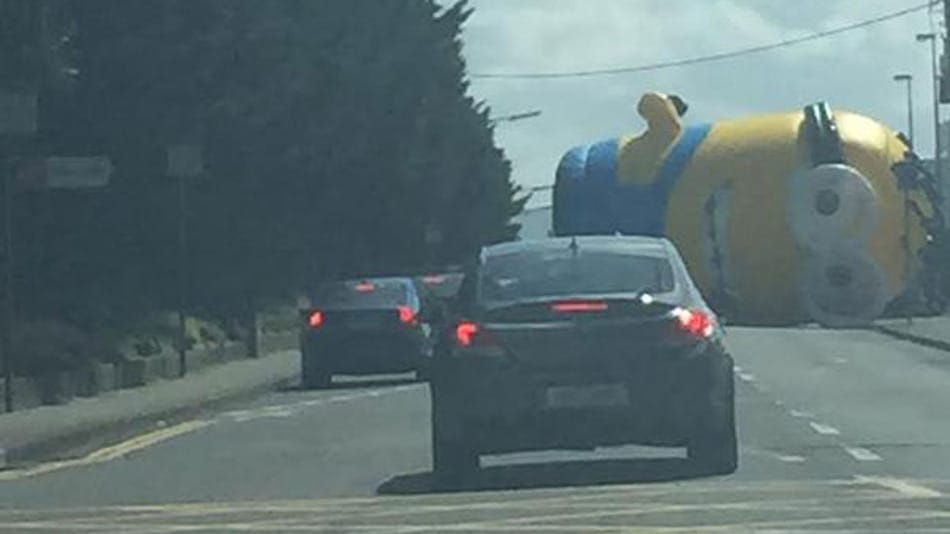 Yes, that’s right. Yesterday in North Dublin, a huge inflatable Minion (estimated to be around 40 feet tall) broke away and (floated? ran?) into traffic. Thanks for smartphones, we have evidence. After a frenetic police chase, authorities caught the minion as it traveled down Old Swords Road. According to local news, no one was injured in the loose minion incident, and the day was 100 percent more awesome.