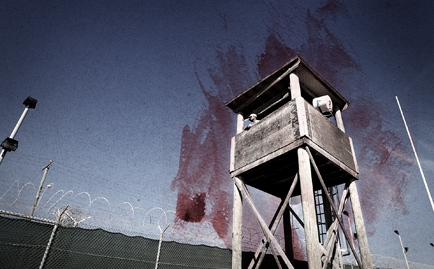 The Guantanamo Bay Detention Camp—or simply, Gitmo—has become synonymous with both torture and corrupt legal practices. On President Obama’s first morning in office back in January, he signed an executive order to close the camp. His explicit mention that legal and human rights would be returned to the prisoners offered a sobering reminder of the utter absence of any prisoners’ rights since late 2001.

As President Obama’s plan to close Gitmo by January 2010 has run into roadblocks, the question of what to do with the detention center at Guantanamo Bay has kept the issue of detainee treatment in the news. American lawmakers are falling over themselves to prevent the transfer of prisoners to their home states, some even seeking recourse in the same systems of law they supported suspending for so many years. Even though in many cases the detainees can’t be sent to their home country for fear of persecution there, it seems Americans can’t figure out what to do with them here. All of a sudden, Americans who were ashamed of the travesties of Gitmo seem to think it shouldn’t close. No one seems quite sure what to do. Including Christians.

If your faith forms your opinion on issues of national security, you’re probably in the minority. Unfortunately, too many Christians seem to believe that Jesus’ reign stops short of the gates at Guantanamo Bay.

A 2008 poll (conducted by Mercer University) of white, Southern Evangelicals revealed not only that a majority thought torture of suspected terrorists was “often” or “sometimes” justified—but also that their faith had little to do with how they arrived at that conclusion. A poll conducted by the Pew Research Center found similar results—and that 55% of people who claim no religious affiliation actually oppose using torture (or using it rarely).  Only 28% of those polled in the Mercer study said that “Christian teachings or beliefs” were the most influential factor in their opinion about torture.

The irony here is rich: presumably 100% of those respondents, who self-identified as “evangelical” or “born-again,” trust their own eternal fate to “Christian teachings or beliefs,” but barely a quarter of them trust those same teachings to inform their moral opinion about the immediate fate of others.

But if Jesus is Lord of my life, isn’t he Lord of all life everywhere? Isn’t he Lord of Gitmo too?
Gitmo is a legal and political mess, and we can’t just theologize or moralize a solution and expect it to work. But that doesn’t change the fact that we need to understand the spiritual stakes here—because Gitmo belongs to God.

The fundamental problem with Guantanamo, from a Christian perspective, is that it is a place outside the law. In concrete terms, this means two things: first, that the US government has forcibly held people without any legal recourse to justice, and second that its own agents are protected by carefully constructed legal loopholes that place their actions beyond any legal oversight or accountability. Leaving aside the obvious immorality of any detainee torture or abuse, Gitmo’s extra-legal status should raise a huge red flag for Christians.

In Romans 13:1-8, Paul enjoins the Roman Christians to obey earthly authorities, who are God’s servants, tasked with punishing evil and permitting good. The implication is that law and government exist to curb the worst effects of human sinfulness. And in so doing, law serves a provisional role for the kingdom of God: it enables us to see God’s coming social order that is not only free from evil and pain, but in which all humanity is being reconciled to God and to each other.

Of course, law can be better and worse, more and less just. But worst of all is no law at all.  An absence of law tricks us into believing the lie that history will not be judged. Without law, all we’ve got is the rule of the strong over the weak. Law, by contrast, reminds us that nobody is above judgment. And Gitmo was, at its worst, a law-free zone—a place where the American power was undisciplined by the American ideals codified in our legal system.

As a country, we’re discovering anew the chaotic truth: once you go outside the rules, it’s almost impossible to get back in.

The solution will be long and complex. But as Christians, we should commit to reaffirming the value of law—inside and outside of Gitmo—as we move ahead. The temptation to brush the problem under the rug might lead some to treat justice lightly. But the same kind of thinking that got us into the Gitmo mess will not lead us in the right path.

Instead, we owe it to our country, our church, and most of all to our God to state with courage and conviction that morality and justice are not luxuries—they are essentials. We believe these things not because they are easy or even self-evident, but because we are among those for whom “Christian teachings or beliefs” form the foundation of everything we think, say and do.  Indeed, it is because we believe that a just and sovereign God will be vindicated in the end and that no part of history can escape God’s judgment, that we should conduct ourselves as what we are: people called to a higher standard.

Tyler Wigg-Stevenson is the founding director of the Two Futures Project and a member of the Evangelicals for Human Rights Steering Committee. Natalie Wigg-Stevenson is a Fellow in the Program in Theology and Practice at Vanderbilt University. Some the ideas above are drawn from their contributions to Religious Faith, Torture, and Our National Soul (forthcoming in 2009 from Mercer University Press).

Practicing What We Preach