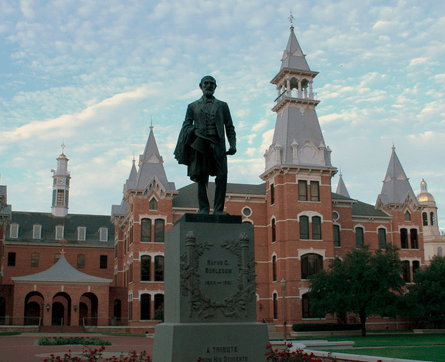 Baylor University has made a major change to its student conduct policy, ending its longstanding ban on “homosexual acts.” As The Houston Chronicle notes, the school is the largest Baptist college in the country and previously classified homosexual acts—along with actions including incest, adultery and sexual abuse—as misuses of “God’s gift.” The revised policy takes a broad approach, saying the school adheres to “the biblical understanding that human sexuality is a gift from God” which “is to be expressed in the context of marital fidelity.” A spokeswoman told the Chronicle, “These changes were made because we didn’t believe the language reflected Baylor’s caring community.”

Excellent: Harry Shearer, the Voice of Mr. Burns and Others Will Return to ‘The Simpsons’

Reminder: Don’t Jump on Stage to Charge Your Phone During a Broadway Play