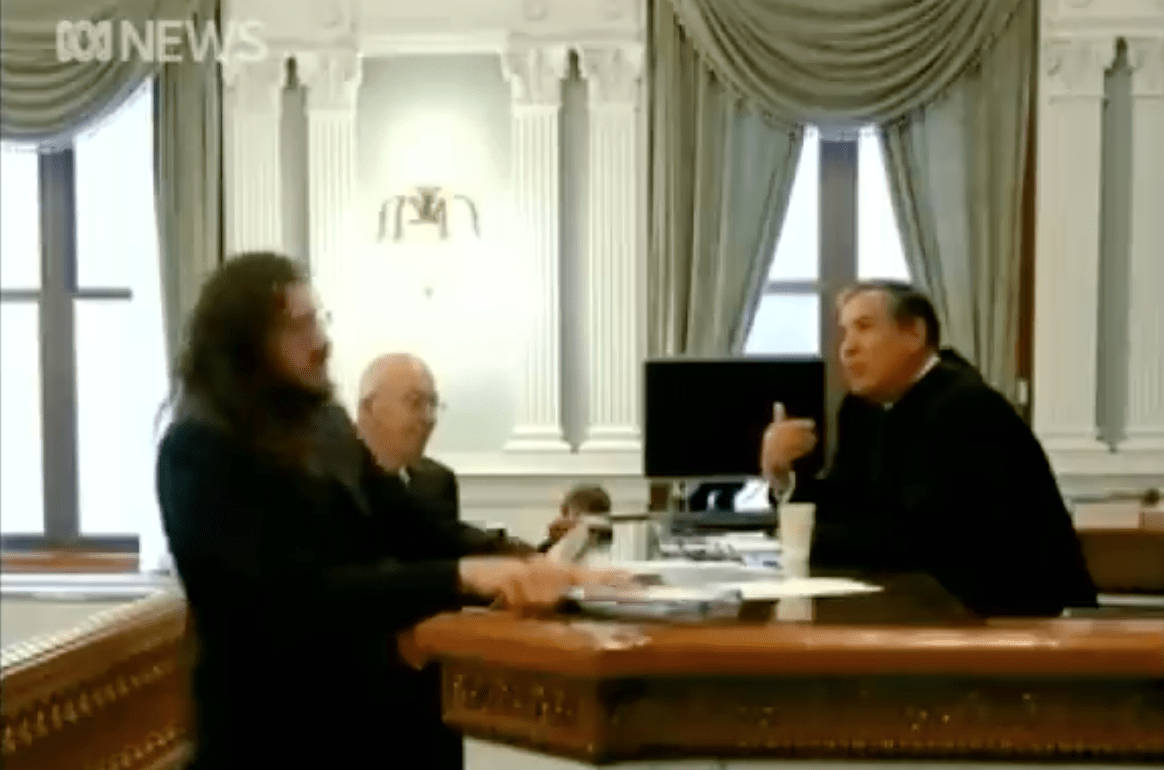 Michael Rotondo lost his job eight years ago. He moved back in with his parents and ever since, according to a statement they issued in court, he has not paid rent or helped out around the house. A U.S. judge has now ordered Rotondo, 30, to leave.

Rotondo’s parents had written him five official letters of eviction over the course of several months, but he always replied saying he wasn’t given enough notice. One letter, which was presented to the New York Supreme Court, reads: “Michael, after a discussion with your mother, we have decided you must leave this house immediately. You have 14 days to vacate. You will not be allowed to return. We will take whatever actions necessary to enforce this decision.”

“Whatever actions necessary,” in this case, can be loosely translated, we’ll take your lazy rear end to court. And they did! Rotondo argued with the judge, saying he was entitled to six months to find future accommodations, but the judge said this was “outrageous.”

Rotondo plans to appeal the decision. He says he didn’t speak to his parents while he lived with them. (h/t ABC News)