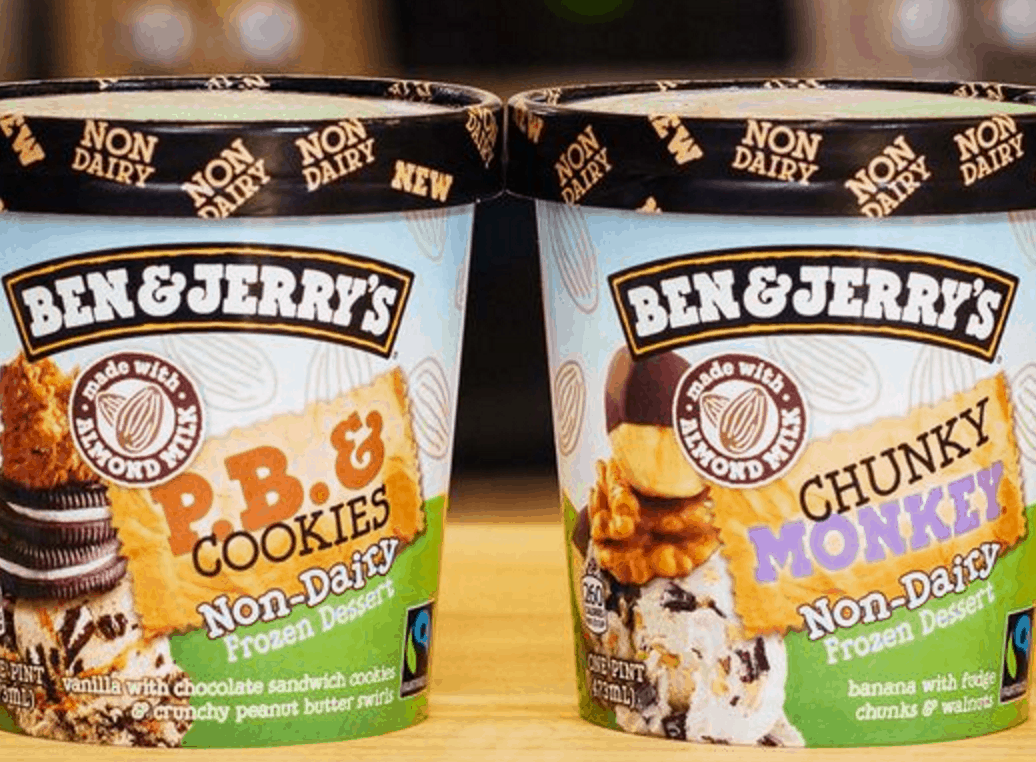 Ice cream-maker Ben & Jerry’s is launching a new, milk-free line of ice cream for vegan customers. It actually has to be called “frozen dessert” because it’s dairy-free, but the line will resemble Ben & Jerry’s traditional pints with four flavors including Chunky Monkey, Chocolate Fudge Brownie, P.B. & Cookies and Coffee Caramel Fudge. We’re no nutrition experts or anything, but we’re pretty sure that for non-vegans, this basically means that Ben & Jerry’s is now healthy. Right? The almond milk-based line hits shelves in about four weeks.