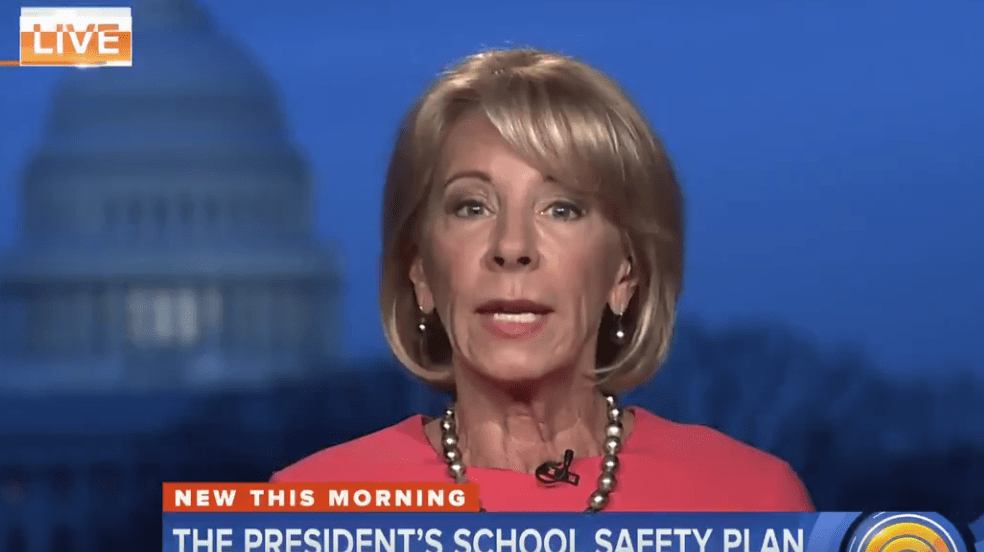 Trump frequently uses insults against media personalities and political rivals, and this weekend at a GOP campaign rally, he called NBC’s Chuck Todd “a sleeping son of a b****”.

This morning, The Today Show’s Savannah Guthrie asked DeVos about the remarks, saying, “I wonder, as the education secretary, who’s in charge of what our kids learn, what do you think of that kind of language?”

In response, she said, “Well I would probably use different language myself. And I think we all have an opportunity and responsibility to be examples to our kids … That would include the president as well.”

You can see the exchange below: