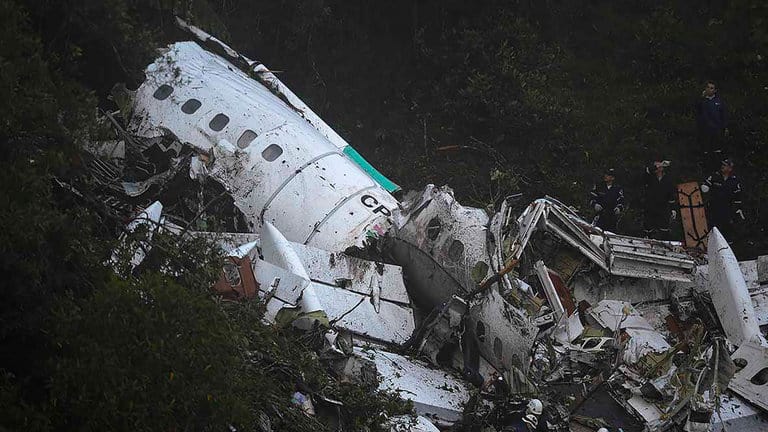 Brazil and soccer fans across the world are mourning the loss of 71 people following a tragic plane crash in Colombia late Monday night.

The plane was carrying 21 journalists, as well as members of the Brazilian soccer team, Chapecoense. The team was headed to Copa Sudamericana finals. Investigators are examining the black box recovered from the plane to investigate the cause of the crash.

A remembrance ceremony in the victims’ honor is happening at the Atanasio Girardot Stadium in Medellin, Colombia, where the soccer team planned to play Colombia’s Atletico Nacional team which would have been the biggest game in the team’s history to date.

“The dream is over,” Plinio David de Nes Filho, chairman of the club’s board, told Brazil’s TV Globo. “Yesterday morning I was saying goodbye to them. They told me they were going in search of the dream, to make this dream a reality.”

The lack of fire damage in the crash is leading authorities to think the issue may have been fuel shortage. A seven-person delegation of legal experts and doctors are being sent to the scene as the investigation continues.

UN: The City of Aleppo Is a ‘Descent Into Hell’