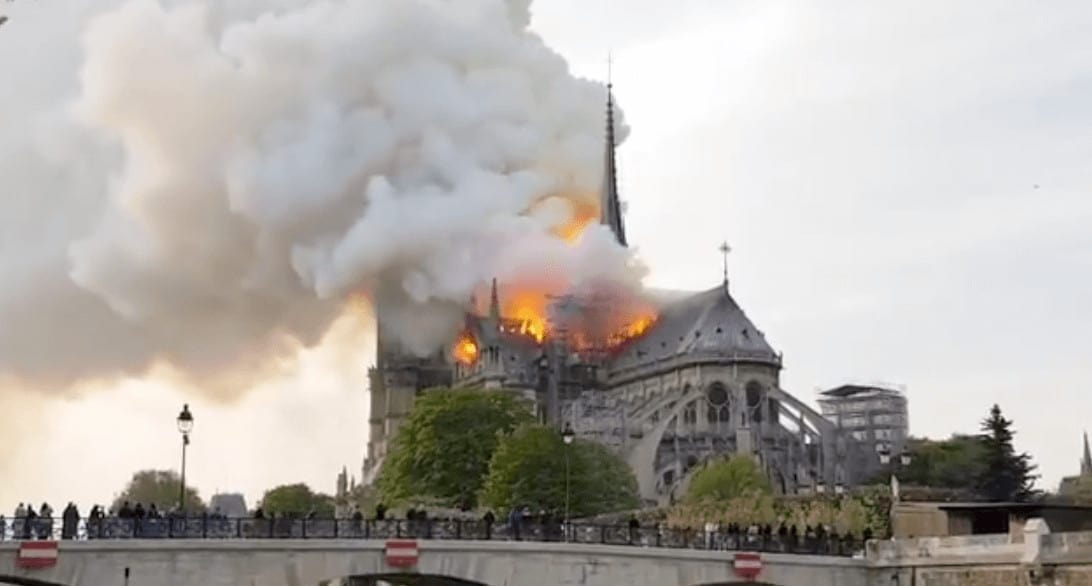 UPDATE: Just a couple of hours after the blaze was first reported, the central spire and roof of the Notre Dame cathedral have collapsed from the damage.

French President Emmanuel Macron is on the scene. He told Parisians and press his thoughts were with “all Catholics and all French people. Like all of my countrymen, I am sad tonight to see this part of us burn.”

A spokesman for the cathedral said the fire is likely to consume everything. “There will be nothing left,” they told the BBC.

Early indications say the blaze above the 850-year-old structure is most likely due to renovations. Last year, the Catholic Church in France made several urges to start restorative efforts on the building, as it was starting to crumble. (h/t BBC)

Videos on social media have captured footage of the fire.

This story is still in developing stages, so stay tuned for more details as they come through.