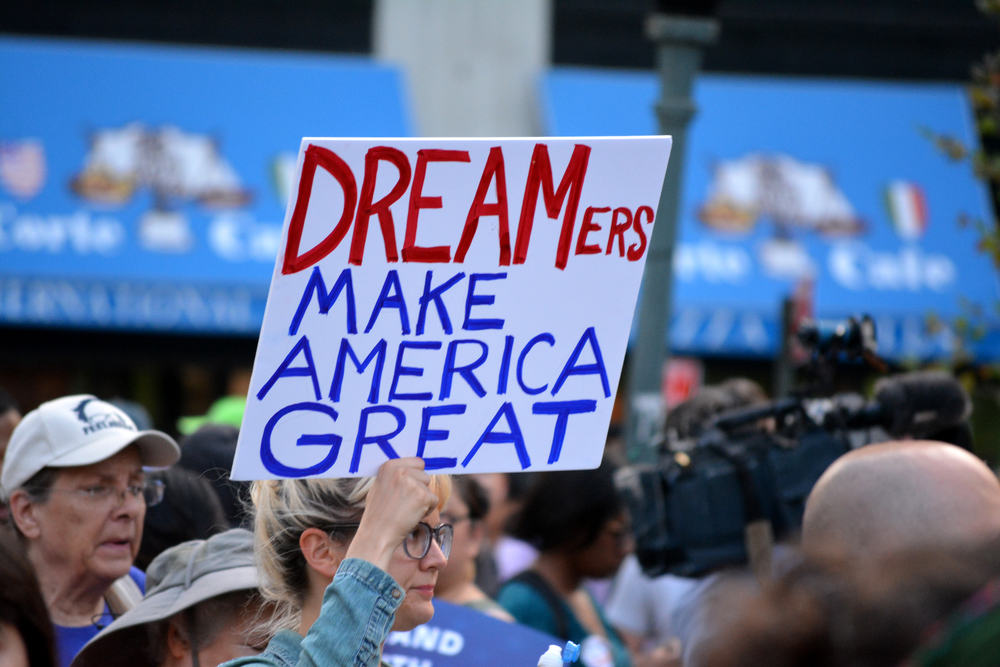 In the midst of a fight to get Congress to pass legislation on behalf of hundreds of thousands of DREAMers, a federal judge in California has ordered the Trump administration to start DACA again until the legal challenge around ending it is resolved.

In September, the Trump administration announced DACA would come to an end on March 5, affecting approximately 800,000 young people and their families. The decision was based in part on the belief that President Obama had overstepped his presidential authority when he set up the program.

However, Judge William Alsup wrote in his decision that that conclusion was “a flawed legal premise,” so it “must be set aside” and said that the government must “maintain the DACA program on a nationwide basis” until the lawsuits were over.

In terminating DACA, [the administration] failed to address the 689,800 young people who had come to rely on DACA to live and to work in this country. These individuals had submitted substantial personal identifying information to the government, paid hefty fees, and planned their lives according to the dictates of DACA.

He also noted that ending the program “would tear authorized workers from our nation’s economy and would prejudice their being able to support themselves and their families, not to mention paying taxes to support our nation” in addition to causing them irreparable harm.

The Department of Justice maintains that the program is unlawful and that they will continue to fight against it.

Tonight’s order doesn’t change the Department of Justice’s position on the facts: DACA was implemented unilaterally after Congress declined to extend these benefits to this same group of illegal aliens. As such, it was an unlawful circumvention of Congress, and was susceptible to the same legal challenges that effectively ended DAPA. …

The Department of Homeland Security therefore acted within its lawful authority in deciding to wind down DACA in an orderly manner. Promoting and enforcing the rule of law is vital to protecting a nation, its borders, and its citizens. The Justice Department will continue to vigorously defend this position, and looks forward to vindicating its position in further litigation.

It just shows everyone how broken and unfair our Court System is when the opposing side in a case (such as DACA) always runs to the 9th Circuit and almost always wins before being reversed by higher courts.

However, according to reports, his demeanor on Dreamers was different earlier this week. From NPR:

Trump told a bipartisan group of lawmakers on Tuesday that he wants a bill to allow young immigrants who were brought to the country illegally to remain, saying that such a measure should be “a bipartisan bill of love” and that “we can do it.” …

As to what sort of immigration legislation he would approve, Trump said that he was reliant on lawmakers and that even if they produced legislation he wasn’t “in love with,” he would still support it. He also said he would take the heat for both Republicans and Democrats if they get criticism over a compromise immigration measure, adding that his “whole life has been heat” and that to a certain extent he prefers it that way.

How Humility Holds Marriages Together