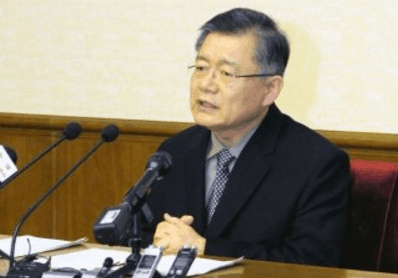 The pastor of a large Christian church in Canada has been sentenced to life of “hard labor” in a North Korean prison camp after he “confessed” to trying to overthrow the government. Activists, his family and his church say however, that the “confessions” were coerced, and Canadian officials are attempting to have Rev. Hyeon Soo Lim freed through diplomatic channels.

Lim was arrested last year while making a humanitarian trip to North Korea, where his church runs an orphanage and nursing home. Lim, who serves as the head pastor of Toronto’s 3,000-member Light Korean Presbyterian Church, emigrated to Canada from South Korea 30 years ago, and made frequent humanitarian trips to North Korea through the years. In his “confession” Lim told reporters, “The purpose that I traveled about several parts of the country on the pretext of ‘aid’ was to build a base to overthrow the system of the country and create a religious state, taking advantage of the policies of the U.S. and South Korean authorities.” The North Korean government is arguably the most oppressive in the world, and outlaws any religious activity not sanctioned by its dictator.

Officials in Canada have been unable to visit the 60-year-old pastor and are concerned for his health. Prime Minister Justin Trudeau told the press, “The issues of North Korea’s governance and judicial system are well known. We are very concerned about someone being sentenced to life in North Korea.”

Mother Teresa Is One Step Closer to Becoming a Saint