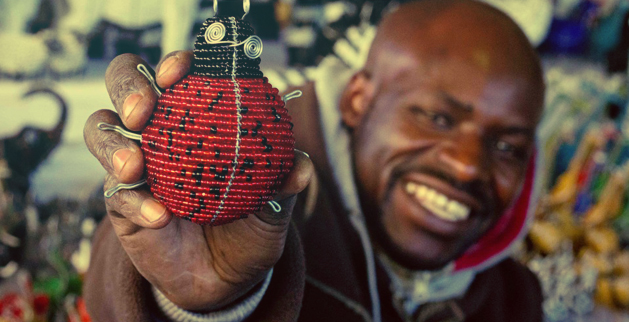 In a country where one in three are unemployed, poverty camps on the doorstep of South African churches. The task of making a meaningful difference is daunting as remnants of apartheid linger, and the gap between have’s and have-nots stretches wide, while AIDS continues to ravage the nation of its youth. Without a robust social support program in place, South Africa’s poor either work—or starve.

Yet the local church in South Africa still struggles to realistically address the needs of the poor and the foreigner in a lasting way. They set up soup kitchens, hand out clothes and pass out blankets. Applying only this band-aid approach, unemployment continues to swell, crime is rampant and parents remain unable to care for their children the way they need to.

How can the churches of South Africa address such overwhelming needs if they want to target the problem rather than just treat the symptoms? The churches want to assist the poor in their community by providing a long-term solution, but struggle to know how.

The poor are also asking this question. How can they make their businesses successful? How can they provide for their families? How can they break the cycle of poverty in which they are trapped?

Judith, a South African single mother of seven children, once also asked these questions—then she started sewing. Judith had to drop out of high school at 16 to work at a sewing factory to provide for her parents. Judith already had sewing experience, and she had to provide for her family. She began sewing for profit, launching Soweto Sewing Company, yet she lacked knowledge on how to successfully run her small business.

Partnering in a New Paradigm

Across the ocean, newly married Americans, Jedd and Janelle Schroy, had a vision to help alleviate material and spiritual poverty. Their dream was to provide business training and biblical discipleship to the urban poor, so that instead of relying on handouts, they could run their own small businesses and provide for their families.

They also believed that, with the addition of small micro-loans and one-on-one mentoring, the poor could be the most well-equipped to grow their businesses to the next level. They were convinced that the vehicle to provide this holistic training should be business professionals from local South African churches who live near the poor communities, rather then foreign short-term missions teams or expats living temporarily in the country.

So in 2007, the Schroy’s founded Paradigm Shift—a nonprofit with the mission of empowering the poor. With a small team of other Americans, they moved to South Africa to develop this outreach program on the ground, so that it could be handed off to churches to implement in their own communities and used as an approach to solving both spiritual and economic poverty for the long-term.

New Creation Family Church was one of the very first churches to pilot the Paradigm Shift program. Six business professionals from the church volunteered an hour a week for five months to train and mentor micro-entrepreneurs in business skills while equipping select ones with micro-loans. Volunteers also taught a discipleship curriculum so the micro-entrepreneurs could grow spiritually.

Grant Walton, Senior Pastor of the church said recently, “As a South African church surrounded by a community in need of social, economic, as well as spiritual renewal, we had a dream to empower entrepreneurs to earn a living while being discipled at the same time. The Paradigm Shift program has helped us realize that dream.”

When a friend told Judith about the Paradigm Shift program that New Creation was running, Judith jumped on the opportunity to receive training on how to run her business. Through the program, Judith learned how to price and market her products. Using these new principles, Judith created business cards and began handing them out at trade expos.

Her efforts were rewarded—first by being able to provide for her kids, and then when Coca-Cola ordered half a million aprons from the Soweto Sewing Company. But beyond business success, Judith experienced a spiritual transformation. “I’m learning everyday to be more Christ-like,” Judith says. “There is a change in me. I used to be angry all the time, but now I’ve become more gentle.”

With over 20 different African nations being represented in the program, Judith is one of more than one thousand entrepreneurs who have graduated from the Paradigm Shift program through the efforts of 12 South African churches. Currently, the program is also being piloted in Zimbabwe, Uganda and India.

Once faced with the question of “how,” these thousand entrepreneurs have now been equipped to live out the answer. As one small business owner expressed, “We used to think our businesses were cursed because they always failed. Now we realize we just didn’t have the proper knowledge.”

Throughout South Africa, church volunteers are now working together with impoverished communities to pave a way forward. The smile on Judith’s face says it all—how business training can transform a family, the lives of employees and ultimately a whole community.

Native of Lancaster County, PA, Mareesa lives in Cape Town, South Africa where she serves with Paradigm Shift, a nonprofit organization that alleviates poverty by training and discipling the poor. Mareesa blogs at ineedwords.com.

Apple Announces That iPhone 4 Is Basically a Fancy Paperweight Now

Scully Wants to Believe in a Third ‘X-Files’ Movie