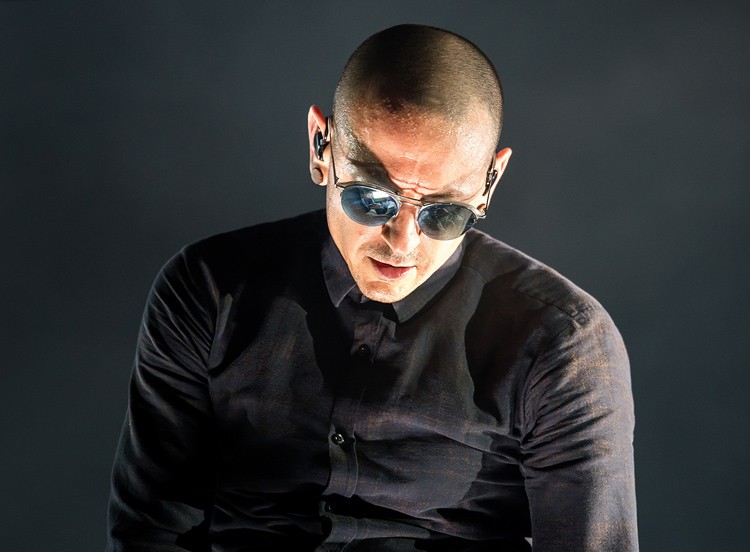 “This is truly pissing me off!” Korn bassist and famous Christian convert Brian Head Welch began the Facebook post that would draw heavy criticism in the media. “How can these guys send this message to their kids and fans?! I’m sick of this suicide s**t! I’ve battled depression/mental illness, and I’m trying to be sympathetic, but it’s hard when you’re pissed! Enough is enough! Giving up on your kids, fans, and life is the cowardly way out!!!”

Shortly thereafter, horror-metal band GWAR tweeted “Suicide is no joke, but Linkin Park sure is.” Within hours of the news going public, internet trolls hacked the Twitter account of Chester’s widow Talinda Bennington and tweeted about how she had “only married Chester for the money.” Minutes later the trolls posted, “I guess this is the time to say it, but I have been cheating on Chester with Mike Shinoda [a bandmate]. He didn’t kill himself; he was already dead before he hung himself, I have proof.”

Where the suicide of Chester’s close friend and Soundgarden/Audio Slave vocalist Chris Cornell two months ago was greeted with universal public grief, the loss of Linkin Park’s Chester Bennington has triggered everything from blame to abhorrent humor, which is both a tragic misreading of pop culture and outright dangerous behavior that could directly lead to additional loss of life.

First things first: No, rap-rock is not cool. But before you throw away an entire band and its catalog (and, God forbid, mock their late singer on Twitter) over genre-bending, bear in mind that almost without exception, almost all popular music is moving toward R&B. Sam Hunt’s “Body Like a Back Road” is the No. 1 song on the country charts and Luis Fonsi and Daddy Yankee’s hit “Despacito” share similar keyboard sounds and backbeats with DJ Khaled’s No. 1 hip-hop song “Wild Thoughts” featuring Rihanna and Bryson Tiller.

In 2027, we’ll likely be laughing at the auto-tuning and R&B effects of the late teens, just like the rap-rock of the early aughts is mocked today. But that shouldn’t take away from what Linkin Park and the class of nu-metal accomplished. At 34, I’m sometimes called a “gray-haired millennial.” Too young for Nirvana (I was in sixth grade when Kurt Cobain died) and too old to have grown up in a world where the internet always existed. Currently mocked bands like Linkin Park, Third Eye Blind and Staind brought vulnerability and thoughtfulness to a rock and pop landscape categorized by over the top aggression (Eminem, Korn) or made-in-a-corporate-boardroom schlock (Britney Spears, Backstreet Boys and a stack of clones of each).

In the pre-iTunes, pre-Facebook, pre-YouTube landscape of the year 2000, radio, Rolling Stone magazine and MTV’s popular video countdown show TRL held a nearly unbreakable grip on popular music.  To slip past the gatekeepers with actual lyrical substance was no small feat. Which is what made Linkin Park the most powerful force in music in the year of the Y2K bug. Chester’s vocals could pierce your chest with rage, and then back off and communicate the emotion of a sexually abused young boy, the defining event of Chester’s life which would shape his lyrics for the life of the band.

In another 20 years, I’m willing to bet that the children of the millennials scroll through their parents’ iTunes collections and immediately pick out the sonic connections between Linkin Park and the EDM craze of Skrillex and Deadmau5. When enough time has gone by to remember whether or not Linkin Park were “cool,” the generation of our collective children may grow up to discover a vastly different opinion of the band. Given that Linkin Park has sold 70 million albums, it’s safe to say a few digital copies of their records will make it down the family line.

But you don’t have to agree with the opinion that Linkin Park is highly underrated to grasp the dangerous behavior of mocking or blaming a recent suicide victim. Cutting remarks toward the deceased, whether in person or online, can be dangerous for others who are struggling with mental health and possibly considering self-harm.

“For those who are depressed and angry, in a moment of impulsivity—suicide can seem like a viable and reasonable option,” explains Nathan Jansingh, founder of the Chicago-area Benchmark Psychiatric Services, who has personally completed more than 70,000 patient interactions. “This particularly is of concern with adolescents who tend to view a temporary stressor as permanent. This has been hotly debated over the last few months with the popularity of the Netflix series 13 Reasons Why.”

What Could Go Wrong: Archeologists Will Open a Mysterious Sarcophagus Found in Notre Dame

Jonny Boucher is the founder of Hope for the Day—a nonprofit working toward suicide prevention—and is currently out with the Warped Tour and can see the effects of Bennington and Cornell’s deaths in real time. “When a celebrity or public icon passes, it is always impactful because we grow through life with them. When they die by suicide, it hurts because they are iconic to our everyday life and like anyone who dies by suicide—it leaves us thinking ‘Really? Them? I thought they would never.’”

Boucher, whose personal loss of 15 friends to suicide prompted founding the organization that now works across the U.S., Canada, Europe and Australia, finds victim-blaming to be a catalyst for further tragedy. “The greater issue is that when you get angry and blame someone, it take a toll on those who have been in a dark place before or has attempted suicide.” He says. “It ends up punishing them and guilting them for feeling that way which in return could have a negative impact on them.”

As Christians, we can disagree on the sound and credibility of a band, but not the fact that its members bear the fingerprints of the God who created them.

At a time when the tragic death of Chester Bennington is already transitioning into a punchline in parts of pop culture, we can choose to rise above the mockery and hate. In choosing our compassionate words carefully, we may literally save the lives of those struggling with mental illness and self-harm in our churches and communities.