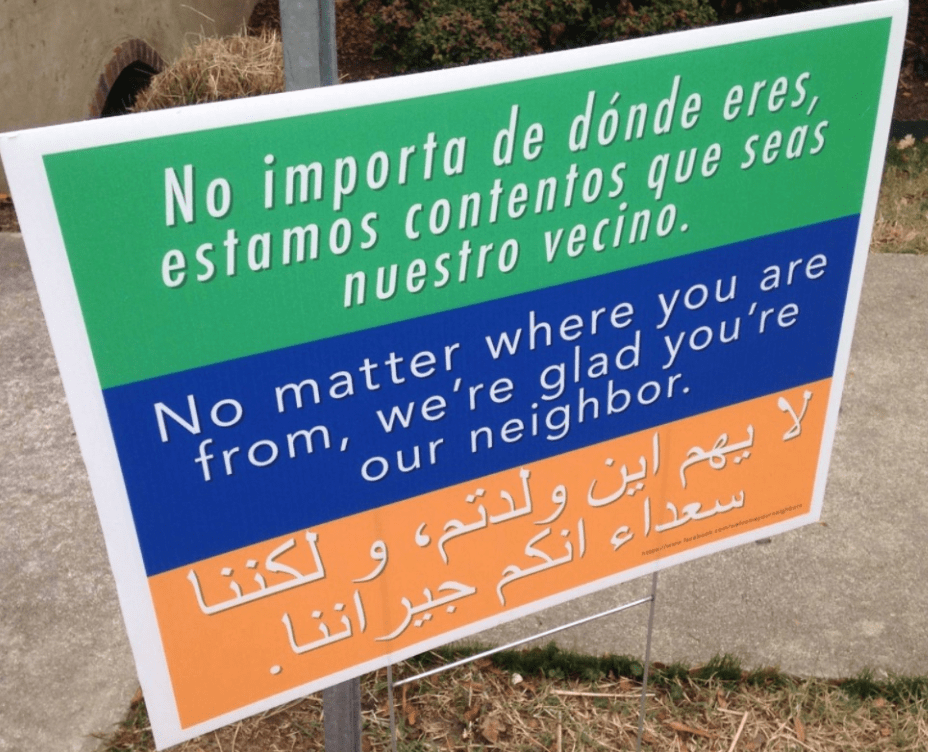 A church in Virginia has created a powerful yard sign that is now popping up in front of homes in states across the country. The message is simple: “No matter where you are from, we’re glad you’re our neighbor.” The simple words of tolerance are printed in Spanish, English and Arabic.

The sign campaign is totally organic, not an organized marketing effort. Some people have even printed their own after seeing pictures of the sign on social media. But, as NPR notes, the idea stems from Immanuel Mennonite church, where Pastor Matthew Bucher wanted to send a message to the community. He told NPR,

The church is located in the northeast part of Harrisonburg, which has a long tradition of being the African-American part of the city/ But in the past 20 years it’s also become home to a lot of people from Central America, the Middle East and around the world.”

That’s why we did it in three languages—English, Arabic and Spanish. Because those are the three most common languages spoken in our neighborhood.

After church members started putting signs in their own yards, the message went viral. Bucher explained to NPR, “This is a symbol of Jesus’ command to love your neighbor. And as followers of Jesus, we follow someone who was himself a refugee.”

8 Very Theologically Questionable Nativity Scenes You Can Own