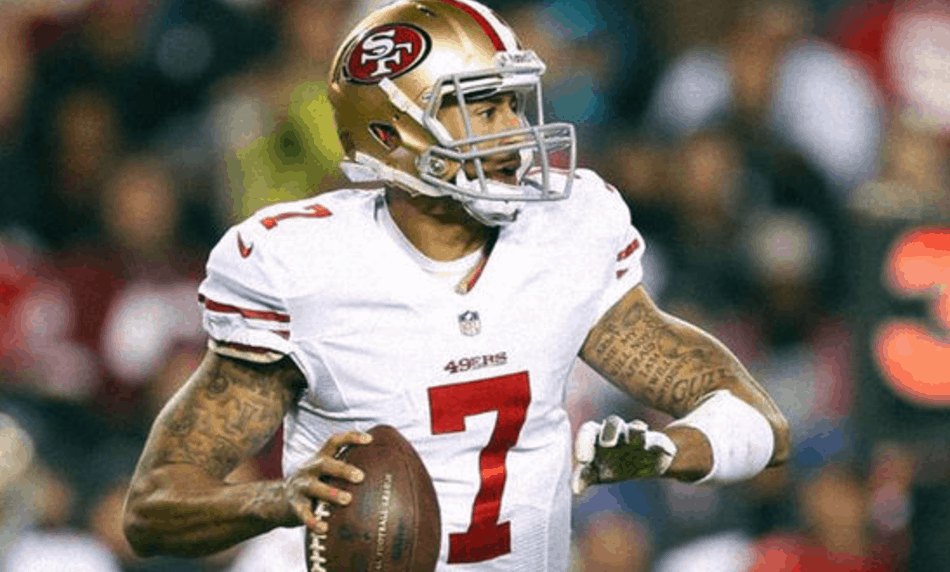 Colin Kaepernick will be making regular donations to communities affected by police brutality and racial injustice in addition to pre-game demonstrations.

Starting with this NFL preseason games, Kaepernick decided not to participate in the national anthem ceremonies immediate preceding play—in this case, not participating means kneeling (or sitting) during the anthem rather than standing hand-over-heart. He says he can’t in good conscience “show pride in a flag for a country that oppresses black people and people of color.”

As you likely already know, it’s been controversial, but, has spread to players across NFL, college and high school teams, and has sparked national conversations about racial injustice.

Now he’s doing more than sitting out of the national anthem ceremony.

According to a reporter who covers Kaepernick’s team, the 49ers quarterback earlier today pledged to donate $100,000 per month for the next 10 months. Though the recipient(s) of this money isn’t yet clear, a previous promise from Kaepernick was going to go to help those people affected by police brutality. In addition, he plans to set up some kind of website that will allow the public to track where his donations go.

Ted Cruz Is Calling for a New Refugee Ban