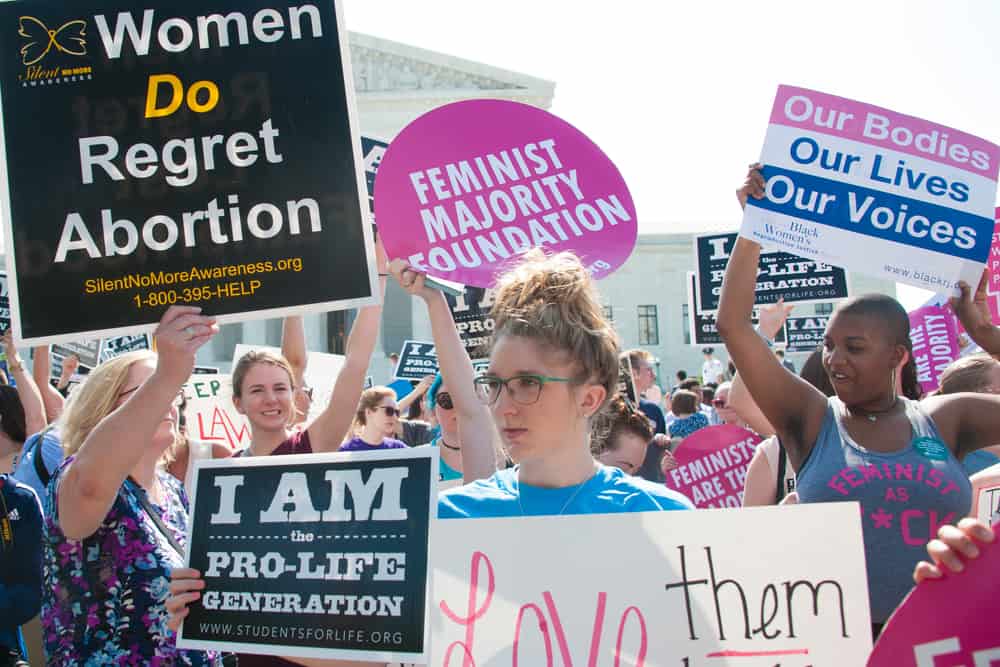 Over the last 30-odd years, the United States’ two political parties have grown increasingly polarized on a number of issues like environmentalism, tax rates, public education and foreign policy. But abortion rights are probably still the most divisive issue, with Republicans generally taking a hard line stance against them while Democrats are generally in favor. And the gray areas that once existed—like conservative support for abortion in the cases of rape and incest, or liberal support for parental approval—have eroded rapidly in an increasingly partisan political landscape. But now at least one Democratic leader is trying to open the space up again.

Rep. Ben Ray Luján said there will be no litmus tests for candidates as Democrats seek to find a winning roster to regain the House majority in 2018.

“There is not a litmus test for Democratic candidates,” said Luján, Democratic Congressional Campaign Committee chairman. “As we look at candidates across the country, you need to make sure you have candidates that fit the district, that can win in these districts across America.”

The issue came to a point recently in Omaha, Nebraska, after Heath Mello, a Democratic mayoral candidate who nevertheless opposed abortion, gained endorsements from leftwing stars like Senator Bernie Sanders and Representative Keith Ellison. Mello is young and charismatic, but his pro-life views proved controversial for the left, with both NARAL and DNC chair Tom Perez denouncing him. Mello ended up losing the mayoral race to Republican incumbent Jean Stothert.

But according to Luján, such views will be tolerated by the DNC from now on, and will not prohibit financial support. “To pick up 24 [seats] and get to 218, that is the job,” Luján said. “We’ll need a broad coalition to get that done. We are going to need all of that, we have to be a big family in order to win the House back.” Those words echo the sentiments of Democratic leaders like House Minority Leader Nancy Pelosi, Senate Minority Leader Chuck Schumer and Sanders himself, who have all argued against abortion-based litmus tests on Democratic candidates.

But there’s a sense that party leadership is a little out of step with its base on this one. Luján’s words were not particularly well-received by many liberal corners, including NARAL Pro-Choice America (“Throwing weight behind anti-choice candidates is bad politics that will lead to worse policy,” said campaign overseer Mitchell Stille) and All* Above All Action Fund co-director Destiny Lopez (“It’s short-sighted and dangerous to pave the path to victory in 2018 at the expense of women.”) Popular author Lindy West even published an op-ed in The New York Times titled “Of Course Abortion Should Be a Litmus Test for Democrats.”

It’s another rift in a party struggling to find some traction in the wake of a shocking defeat last November. The Trump administration is wrestling with poor approval ratings and some embarrassing flops on key legislation, but as long as the Democrats are bickering over who can and can’t call themselves a member of the party, it’ll be difficult to take advantage.

What Happens When Morality Trumps the Law?

The ‘Thor: Ragnarok’ Trailer’s Best Joke Was Written By a Make-A-Wish Kid