Jerry Falwell Jr., the president of Liberty University, and Charlie Kirk, the pro-Trump activist and founder of the conservative nonprofit Turning Point USA, have announced a new initiative: a conservative think tank dedicated to “[equipping] courageous champions to proclaim the Truth of Jesus Christ, to advance His Kingdom, and renew American ideals” (according to a press release). The organization appears to be a portmanteau of the two men’s names—the Falkirk Center for Faith and Liberty.

The Falkirk Center for Faith and Liberty is being launched by Liberty University.

During an appearance on Fox News, 26-year-old Kirk said that he’s traveled to universities and observed that young Christians are “unfortunately very confused about how to make choices in the civic arena.”

Falwell added that “it’s sort of sad that we have to do something like this.” He said the idea is “to provide basic education to the public on American history because so many universities have become liberal indoctrination camps, the public schools have not taught U.S. history in so long.”

He also said that “Even though Nancy Pelosi [and others] and Pete Buttigieg say ‘Jesus was charitable therefore we should be socialists,’ that’s not what Jesus taught.” However, Falwell didn’t provide any actual quotes from Pelosi or Buttigieg in making those claims. It’s unclear what Falwell is quoting or paraphrasing here. In fact, Nancy Pelosi has flatly rejected socialism. She recently told 60 Minutes, “I do reject socialism. If people have that view, that’s their view. That is not the view of the Democratic Party.”

Current Democratic presidential nominee Pete Buttigieg has gone on record saying he is a “Democratic capitalist.” When asked directly “Are you a socialist or a capitalist?” Buttigieg said, “I believe in capitalism as long as there’s a strong rule of law around it … The big question is what you prioritize, and I prioritize democracy. People are trying to make sense of the distance between socialism in Canada, say, and Denmark versus Venezuela. And the answer is democracy.”

As a high schooler, Buttigieg did write an essay praising Bernie Sanders for his “courage” for embracing the term “socialist,” though today he is running against Sanders for the Democratic nomination.

In a recent speech, Buttigieg said, “I’m also offering to people who are guided by a faith tradition in making their decisions about what they think is right and wrong, that when I’m president you’ll never have to look at the White House and scratch your head and think whatever happened to I was hungry and you fed me? I was a stranger and you welcomed me. Whatever you’ve done to the least of these, you have done to me.” But we couldn’t find him saying anything close to “Jesus was charitable therefore we should be socialists.”

The message from the book of Matthew in the Bible is also in his new campaign ad:

We’ve reached out to Liberty and to a PR agency representing Falkirk for clarification on the origins of Falwell’s quote, but we haven’t heard back.

Whether voters or intellectuals agree with his policies or statements is one issue, but there is nuance to his comments. And critics have to contend with the nuance of his ideas.

It’s fine to launch a think tank—and name it whatever you want—but it seems intellectually dishonest to put words in other people’s mouths to justify its mission. It’s fine to ideologically oppose another political platform, and it’s helpful in a democracy to passionately debate the merits of different systems, but Falwell is reducing complicated political ideas to blanket statements that the candidate didn’t actually say.

The think tank can exist making that argument, but loses credibility when it unfairly represents the ideas of its opponents.

Last year, Falwell shared a controversial “quote” from Clint Eastwood on Twitter. In that case too, we could find no evidence that Eastwood actually ever said it. As we noted at the time, “The meme itself just positions Eastwood’s head next to the quote, so it does not explicitly attribute the quote to Eastwood, though the implication is clear. And yet, Google turned up no evidence that this was ever said by Eastwood or, actually, that the quote even exists beyond this meme.” In that case as well, we reached out to Liberty for clarification on the origins of the quote, but did not receive a response. 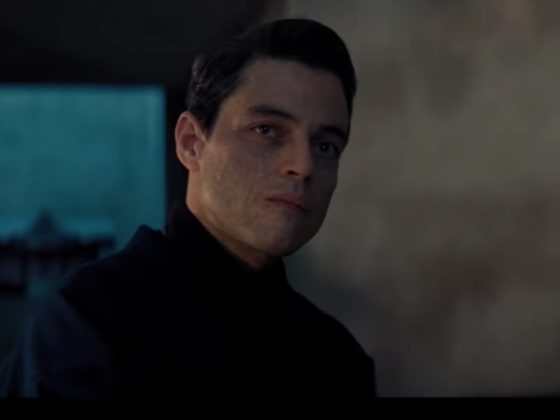 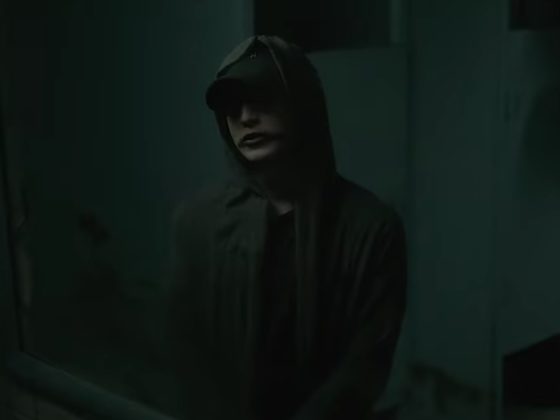