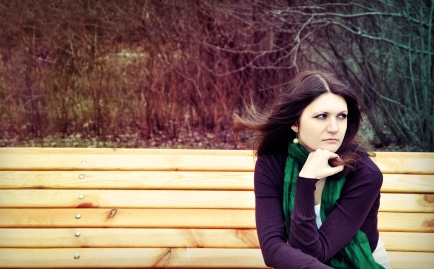 Well, clearly the rapture didn’t occur on May 21, and the apocalypse hasn’t kicked off as popularly predicted. It seems that Christians must be resigned to sticking around just a while longer.

That is, if we weren’t already. I can only imagine the disappointment among “Bible scholar” Harold Camping’s followers. Some sold everything to help fund his evangelistic push to spread Camping’s prophecies across the globe. I encountered some of Family Radio’s missionaries personally earlier this year, whilst staying at a hotel in Potts Point, Sydney. About two dozen Americans, T-shirts emblazoned with Family Radio’s May 21 doomsday message, breakfasted beside me every day for a week before heading out onto Sydney streets, presumably to tell Australians that the world as they knew it was ending in about six weeks. Disappointingly, despite my not-so-discreet attempts to attract their attention, not one of them looked in my general direction, nor did I observe them make actual eye contact with any other guests. Having never heard of the May 21 thing, I was bursting with curiosity.

Now that their deadline has been and gone, I wonder what Camping’s followers will do with themselves? As some of them have spent all their personal finances and resigned from their jobs prior to the 21st, it might be presumed that quite a few are in for a rough time. How disconcerting to think you’re leaving in spectacular fashion, definitely … and then find that, in fact, you’re staying around indefinitely. A friend of mine who also observed the group at the hotel wondered out loud, "How would Camping’s tribe deal with it if the prophecy did not transpire?" Would they not be traumatized? Post-non-event, I think they quite probably are, amongst other things. Maybe a little perplexed; angry, even? They’ve lost out quite substantially, and not just their money. They have lost credibility certainly. Their faith? Perhaps even that. And what a terrible thing to lose.

For Christians, and for the general populace of earth, there’s nothing to do other than to get on living. No doubt many a sermon was probably preached the following Sunday with Matthew 24:36 as the central Scripture. “No one knows about that day or hour, not even the angels in heaven, nor the Son, but only the Father.” News footage of hecklers in Times Square shows many are braying, “We told you so.” I certainly hope there is more of the former than the latter. It’s no good rubbing it in. It all begs the question: has this changed anything for modern Christians? Now that we haven’t been raptured, again, what now?

In the end (pardon the pun), perhaps no harm has been done, save only that the unchurched sector of the world might consider Christians a tad sillier than they did before, if that’s at all possible. All the efforts of Camping and company do not seem to have produced a spiritual revival of any description, nor mass repentance, or any other forwarding of the cause of the One whose name they supposedly bear. But then, I am referring to Christ, whose purpose on earth was always clearly articulated. What Camping hoped to achieve, one can only speculate. It’s certainly disappointing that the name of Jesus Christ has been linked with that of Camping, and that as a result Christianity generally may be married more inextricably to widespread concepts of religion equating to judgement, punishment and to a vengeful, arbitrary God. I wonder how many of those who believed Camping’s teachings repented from their sins toward a God of love, and how many hedged their bets, kowtowing in fear to a vengeful deity? What good has Camping’s campaign done? Or perhaps it should be asked, what good has he undone? The evidence of Camping’s ministry may be in the fruit produced from here on in.

Will churches be filled with genuine converts to Christianity? Or will church counseling rooms be crowded with traumatized clients? Hopefully, the worst damage will prove to be a few more skeptics, and considering that Camping is the proverbial tip of the iceberg where Christian cults are concerned, that may not be such a bad thing.

Post-unapocalypse, if He were here, what would the Jesus of Christianity do now? I believe He’ll be doing exactly what He has been all along; inspiring and teaching people through the Scriptures and by His Spirit to love and serve their neighbor as themselves; feed the hungry, provide for orphans and widows in their distress, house the homeless, mourn with those who mourn, weep with those who weep, set the captives free and preach the good news of the Gospel. If there is a lesson to be learned, perhaps it’s that generally Christians would do well to be less concerned with an imminent return of Christ, and more concerned what what we are doing to facilitate Christ’s love and His message on earth, in the here and the now.

Jo Hilder is an Australian writer, musician, artist and blogger, as well as a regular contributor to the Burnside Writers Collective website. Her website is www.johilder.com.

What’s the Point of Worship?

So, Jesus Didn’t Come Back This Weekend