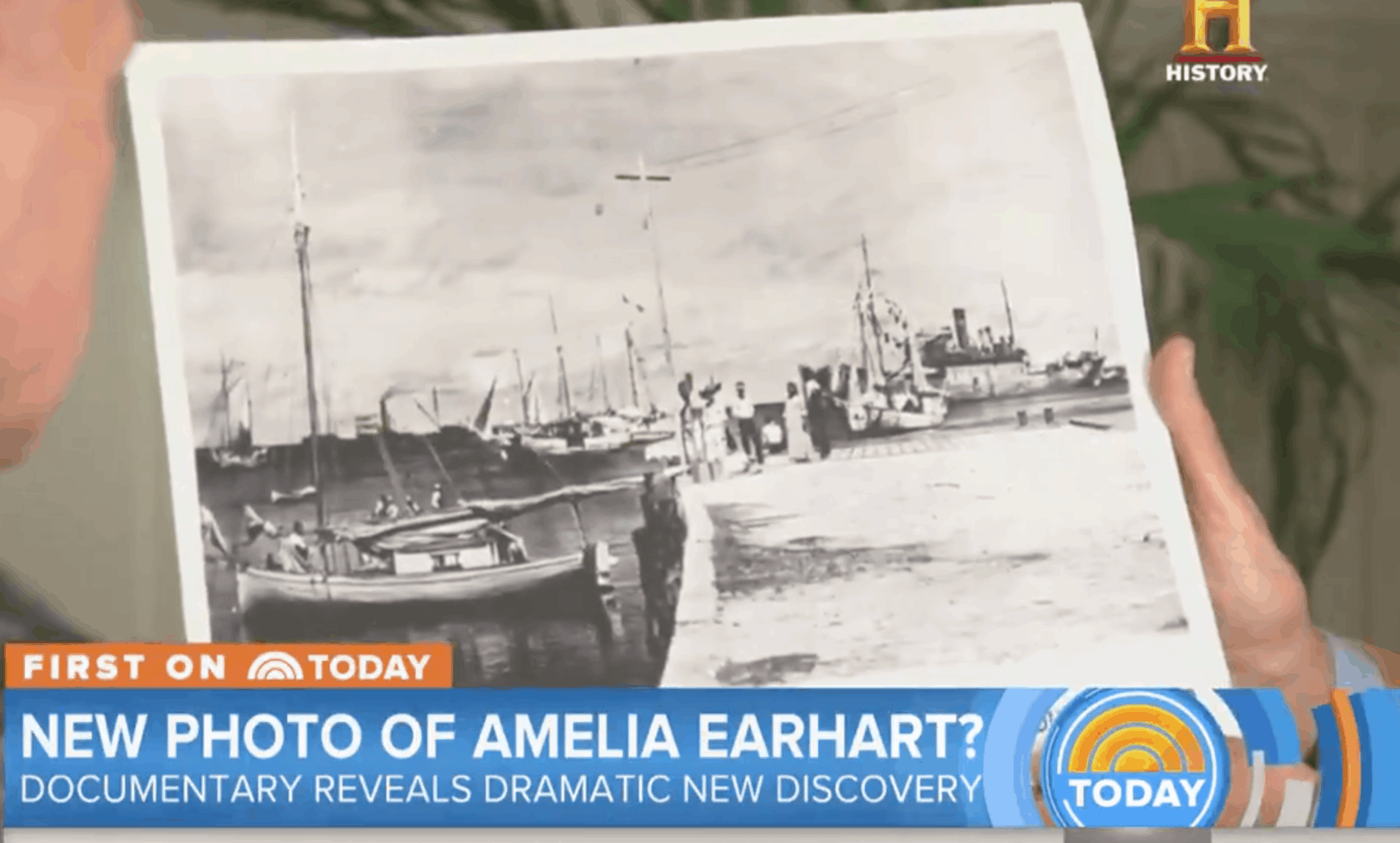 A newly unearthed photo has brought a decades-old mystery back into the national dialogue.

The makers of an upcoming History Channel documentary discovered a photo in the National Archives that was, at one point, labeled secret. It appears to show two individuals—possibly Amelia Earhart and navigator Fred Noonan—on an island alongside locals with the wreckage of their plane being towed in the background.

The duo famously disappeared while attempting to circumnavigate the globe.

Most people assumed that they ran out of fuel and died in a plane crash at sea during the last leg of their trip. However, the film and former FBI Executive Assistant Director Shawn Henry, propose a much more sinister scenario, based on the photo.

The image—which experts apparently say is unaltered—would possibly confirm the theory that they survived the crash, but were held captive by the Japanese on the island of Saipan until their deaths, because the Japanese believed they were spies. This was, after all, just months before the start of WWII.

An Afghan Girls Robotics Team Has Been Denied Visas to Attend a Competition in the U.S.