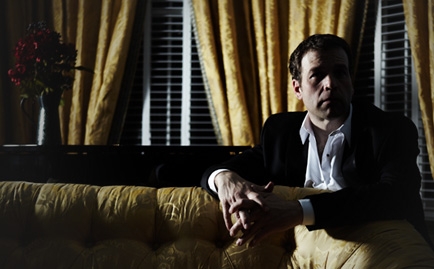 Back in the day, the comment Pat Robertson made yesterday would have infuriated me. Robertson essentially blamed the devastation that took place in Haiti on the idea that, generations ago, people in Haiti sold their souls to the Devil and are now paying for it. I’m reminded of a similar comment made in a debate on CNN, in which yet another religious figure blamed the devastation in New Orleans following Katrina on the debauchery that took place in that town.

Luckily, or perhaps providentially, Tony Campolo was also on the show and pointed out that the French Quarter was fine, that it was low-income minorities who were devastated, and then asked his fellow guest point blank whether God was angry with low-income minorities. The other guest really didn’t know what to say. Any answer would have painted him a loon.

Regardless, Robertson’s comments further divide people of faith from, well, people of faith. I don’t want to debate the theological ramifications of Robertson’s statements, I only want to point out some perspectives that ease my anger, and instead, cause me to pity him. I consider this a more mature response than I would have had a few years ago. Here are a few perspectives that, hopefully, will keep you from throwing a stapler through a wall:

• Many controlling personalities are drawn to the idea of a severe, vengeance-oriented God. Robertson must have read a book about Haiti at one point, but it lacked civility to cite that book and espouse an absurd theological idea on television, without context for both. It was reactionary, and came off as a manifestation of his personality, not his theology. Regardless, it was sadly irresponsible for him to make such a devastatingly shocking statement in the context of great hurt. Can you imagine giving the eulogy at a funeral and starting out by saying “before I tell you about God’s grace, let me make it clear that little Johnny deserved to die because he stole candy from a store.” There is something wrong with a person who would do this. These people are often, themselves, controlling. They are wired to build empires, and in order to build empires you have to get people to do what you say, and if you have God standing behind you threatening hurt and pain, you can motivate people. I’ve heard pastors pray and call other men cowards, get angry from the pulpit, yell, belittle other Christian pastors who don’t agree with them, fire people who will not submit to them, surround themselves with yes men and so on. Sadly, they never point the finger at themselves. It’s always YOU or THEM who are the sinners. When they need God’s grace, they usually confess to studying too hard or caring too much. But compassion comes when you realize, and it doesn’t take long to see it, that this person is afraid that if he gives anybody else a free will, they will use it against them. Their mantra is: If I don’t control people, they won’t love me. Psychologists see control as a response to a perceived threat. Picture an adult with an inner twelve-year old saying “I’ll hurt you before you hurt me. I’m tough. I say tough things. Don’t mess with me again.”  In religion, these leaders often project their way of seeing the world onto God. Please forgive me for painting Robertson with a sweeping brush. It’s not always true of controlling people, and there are often good reasons to be harsh and to take action (for instance, when somebody really is trying to control you!) It’s just that this is one of the understandings that has helped me respond to controlling people with more compassion. Theologically, what we all deserve is death, and Christ paid that for us. We live in the New Testament, not the old. Lets spread God’s unconditional love.

• Another truth that gives me a more grounded perspective on Pat Robertson is that he really doesn’t represent most conservatives. I come from a politically and religiously conservative family, and many, many of my friends are very conservative, and all of them would be in shock at Robertson’s statements. The media would have Robertson represent all Christians, or perhaps all conservatives, but the idea is absurd. It’s also important to let people know we think it’s absurd. So here is what the Devil is really going to try to get you to do: Hate other people. Those conservatives, those Christians, those whoever…I think we’d be wise to watch out for that, and stop it at the point where it starts.

• I’ve also found that the more I trust in Christ’s redemption to be sufficient, the less overtly religious I am. And, quite honestly, the more suspect overtly religious people become to me. When I’m with somebody who talks zealously about faith, about Jesus, about the Bible, after a while, I find myself wondering whether or not their faith is strong at all. For instance, if I were with somebody who kept talking about how much they loved their wife, going on loudly and profusely, intuitively I would wonder whether or not they were struggling in their marriage. I would wonder whether they were trying to convince me they loved their wife, or if they were trying to convince themselves. (Now that I think of it, though, some of my favorite people talk about how much they love their wives, but these are less public proclamations and more sighs of appreciation.) Faith in Christ, for me, is similar. It’s intimate. I’m more comfortable giving quiet prayers, intimate prayers. Often alone, in fact. I speak of faith the way I speak of personal matters. Of course there is a time for proclamations, but that’s the key, isn’t it? There’s a time. Anyway, I love that the New Testament is mostly intimate letters written to small groups of people who met in homes. I like the quiet authenticity of our faith. Robertson’s loudness and shock-jock verbiage seems strange and oddly uncompassionate. It felt like he was trying to tell us how tough he was, not how compassionate God is.

An appropriate response to Haiti:

An appropriate response to Pat Robertson:

“You seem angry and tired. Christ loves you. He is not impressed with your religious posturing. He really loves you. You don’t have to hide behind anything anymore. The good news really is that good.”

* I understand that many of you will want to comment on the theological truths you’ve found that support Robertson’s comments, and also on the good that Robertson has done. Regarding the latter, this was not a blanket dismissal on Robertson’s life or ministry, it was a response to a comment; regarding the former, it’s a debate I ask you to take somewhere else. Also, this isn’t meant to harshly judge Robertson, it’s meant to calm those who might want to throw a tomato at him, while also trying to understand why somebody could make such an insensitive comment at such a painful time. Lets put our tomatoes down.

* For those thinking this blog was too harsh, please understand that in one passing comment, Pat Robertson painted an entire nation as Godless, and deserving of destruction. Reports from Haiti have stated that many fled into the streets, crying out to Jesus for help. Robertson, by referencing an obscure book of unknown origin chose to prejudice an otherwise ignorant Christian audience of gullible and trusting viewers. I propose, then, this post needed to be written. I only wish more Christian leaders would speak during moments like this.

Donald Miller is a speaker and author of A Million Miles in a Thousand Years and Blue Like Jazz (both Nelson). This article originally appeared on his blog. Reprinted with permission. Photos by Jeremy Cowart.