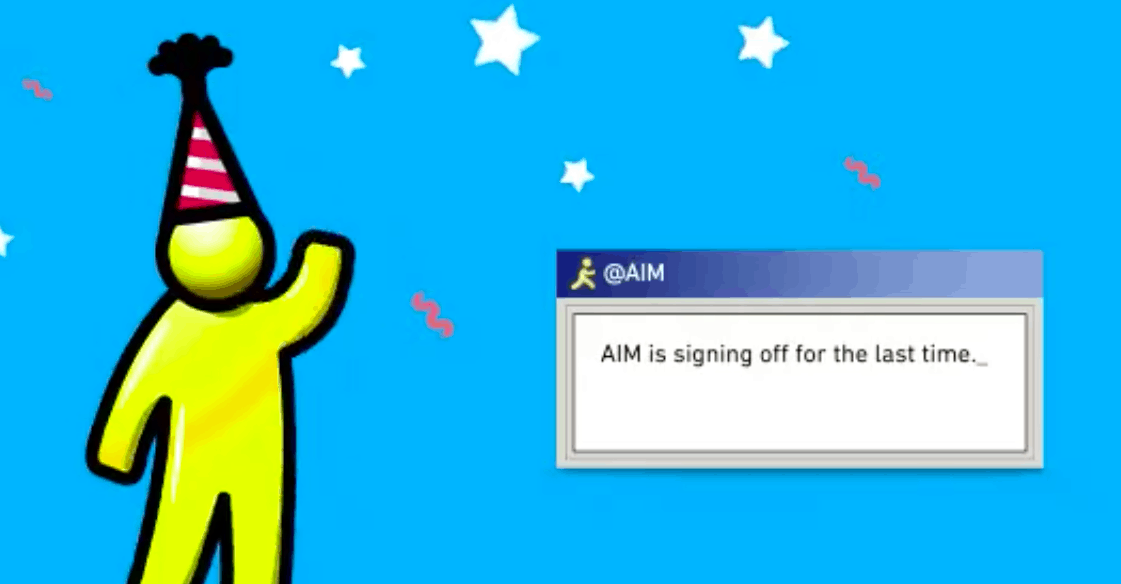 We gather not to praise AOL Instant Messenger, but to mourn it. The messaging service that defined a lot of people’s childhoods and shaped the way in which we defied our parents’ instructions to never talk to strangers online is being put out of its misery.

You probably haven’t used AIM in years—your away message may not have changed since 2002, for all you know—but this is a time for reflection and fond farewell to the little yellow guy who was basically our first digital babysitter.

All good things come to an end. On Dec 15, we'll bid farewell to AIM. Thank you to all our users! #AIMemories https://t.co/b6cjR2tSuU pic.twitter.com/V09Fl7EPMx

Thank you for everything, @aim, but most of all, teaching me how to flirt as an awkward adolescent. #AIMemories https://t.co/FLNd3hUslJ

goodbye to the greatest conversation i've ever had a thousand times

Yes, it’s a sad day. Sadder still for My Chemical Romance, who probably are only technically still in existence because their lyrics made up so many AIM messages.

The series will officially set itself to away for good on December 15.

Christians: Don’t Spread Conspiracy Theories in the Wake of Tragedies