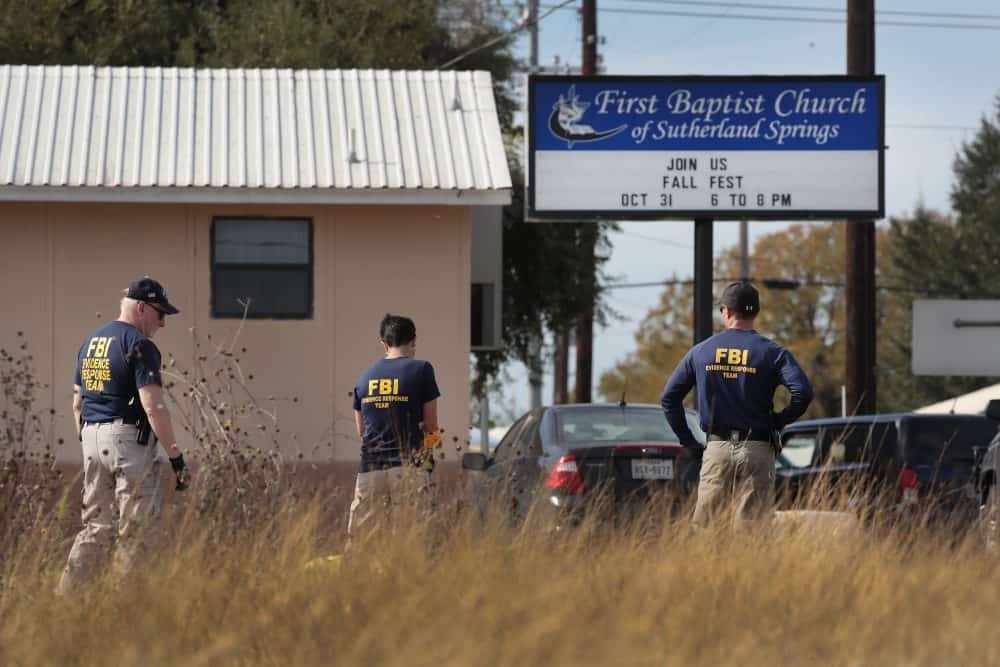 Joe and Claryce Holcombe, a couple who lost nine members of their family in the Sutherland Springs Church massacre last fall, is suing the federal government for “institutional failures and the negligent or wrongful acts” that allowed the gunman to purchase weapons. They are each seeking $25 million for damages.

The Sutherland Springs death toll was 25, plus an unborn child. It was the deadliest mass shooting at a church in American history.

The couple filed Thursday in the federal court in San Antonio saying that the Air Force should have flagged shooter Devin Patrick Kelley’s history of domestic violence, which would have prevented his gun purchase.

Kelley was convicted of assault against his wife and stepson, the lawsuit notes. He was sentenced to a year in a military prison in San Diego and given a bad-conduct discharge in 2014. The conviction made it illegal for him to possess a firearm and should have further blocked him from ever again purchasing a gun.

The Holcombes are just one of several families filing formal complaints against the federal government after the shooting. After six months of no response, the Holcombes have the right to sue under the Federal Tort Claims Act, which allows citizens to seek damages in limited cases if they can prove direct negligence on part of the government.

“We just want the Air Force to get their act together,” Joe Holcombe told The Dallas Morning News. “They can’t correct this mistake. It’s already been made. But they can fix it so it doesn’t happen in the future.”

Since the shooting, the Air Force has been reporting and correcting dozens of records since the review began. They are also reviewing up to 60,000 cases involving serious offenses over the 15-year period to ensure full compliance.